UWC makes education a force to unite people, nations and cultures for peace and a sustainable future. 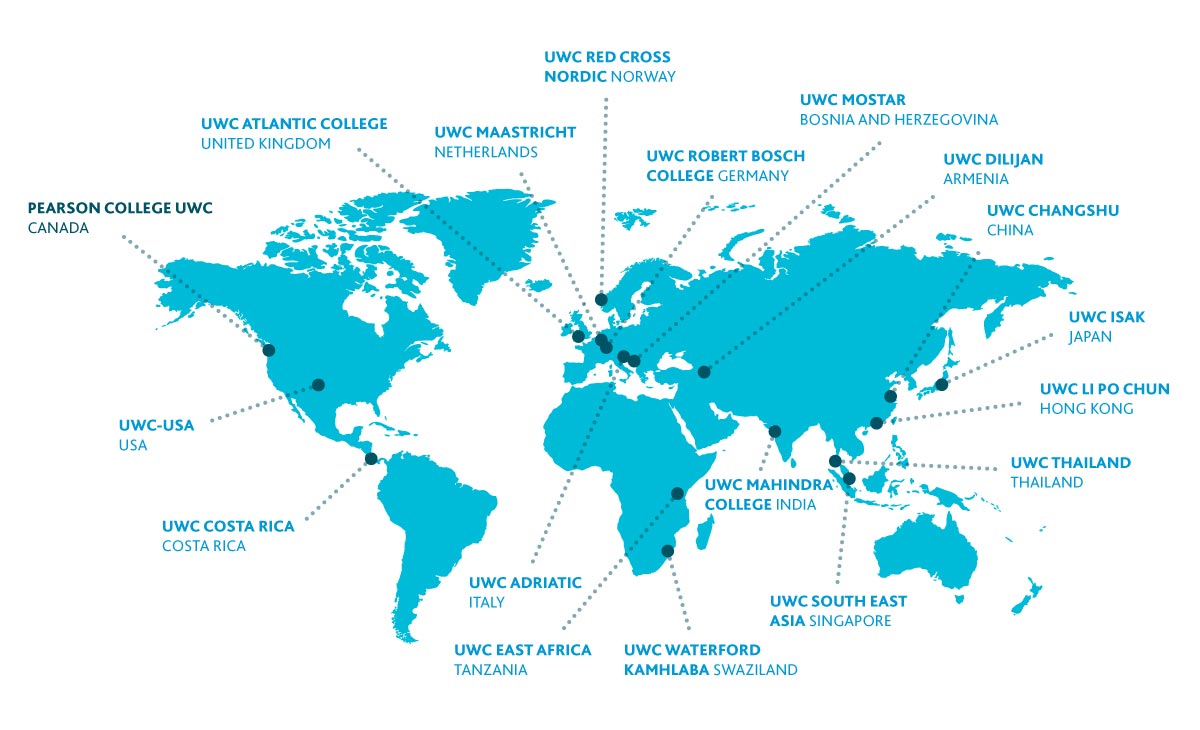 Pearson College UWC is located southwest of Victoria, B.C. and is Canada’s most international school and the country’s only United World College — a movement encompassing 18 global schools dedicated to uniting cultures and countries around the world through education. Pearson is a two-year, pre-university school for students from over 150 countries who live, study and learn together pursuing the International Baccalaureate and an outdoor-oriented experiential education. More than 4,200 students have graduated from the College — its alumni are determined to make a difference in the lives of others and the world.

The College was named in honour of the late Canadian Prime Minister and Canada’s only Nobel Peace Laureate (awarded in 1957), Lester B. Pearson. Prime Minister Pearson initiated the work to found a United World College “of the Pacific” as a way of extending the promotion of peace and understanding in the world.

Pearson is one of 18 UWC schools and colleges worldwide.

Lester B. Pearson College of the Pacific and United World Colleges (Canada) acknowledges that its community lives, learns and works on the unceded territory of the Sc’ianew First Nation. The Sc’ianew people, although a distinct and independent nation, are part of a larger Indigenous cultural group referred to as Coast Salish on Vancouver Island with a broad area that encompasses Southern Vancouver Island.

The Sc’ianew First Nation (pronounced Che-a-nuh) is located on the shores of Beecher Bay, Southern Vancouver Island, where they have lived for millennia. The word Sc’ianew translates from the Klallum language as “the place of the big fish”, indicating the richness of sea life in the region that has sustained the Sc’ianew people and neighbouring First Nations with food, shelter, medicine, and clothing. The Sc’ianew people are known as “people of the salmon”, which reflects the marine environment where their culture and history developed.

We acknowledge the land upon which Pearson sits as “unceded” territory, which respects the fact the Sc’ianew people never gave up, legally signed away or ceded their lands to Canada or to Pearson College UWC. The land was purchased by the College from the Government of Canada without Sc’ianew consent, which conflicts with the ancestral law of the Sc’ianew People. Sc’ianew law and oral history confirms the Pearson campus and surrounding territory as unceded Sc’ianew territory. Sc’ianew First Nation is actively engaged in treaty negotiations with the Provincial and Federal Governments to reclaim territory from Department of National Defence (DND) lands known as the Mary Hill Property. For more information about the Sc’ianew First Nation please visit beecherbay.ca.

UWC is committed to building communities that are free from prejudice and intolerance irrespective of gender, socioeconomic, cultural, racial, religious and national backgrounds.

UWC consciously creates supportive environments where differences are valued and recognized for the strength they bring to communities.

Personal responsibility, accountability and integrity are at the heart of the UWC experience. We expect our members, partners and those we work with to behave in a similar way.

UWC advocates a collaborative and mutually supportive approach, recognising that respect underpins the smooth functioning of any encounter or team. Those engaging with UWC will find our members dependable and respectful.

Our actions and language will communicate our compassion and commitment to our communities. We will work at all levels – personally, locally, regionally, nationally and internationally – to do what we can to make the world a better place.

Respect for the Environment

UWC recognizes our interdependence with the environment and is actively seeking solutions that will contribute to a sustainable future. Our choices and actions will demonstrate this commitment to our communities as well as to a wider audience.

A Sense of Idealism

UWC inspires its members to believe that it is possible to make a difference and will actively seek to work with others who share that belief.

UWC is committed to the concept of learning through doing and the value of interactions and experience. By taking the initiative and challenging ourselves, we learn about ourselves and those around us as well as developing a sense of responsibility for others.

UWC believes in the importance of acting on your beliefs and taking a lead role in what you do as well as what you say.