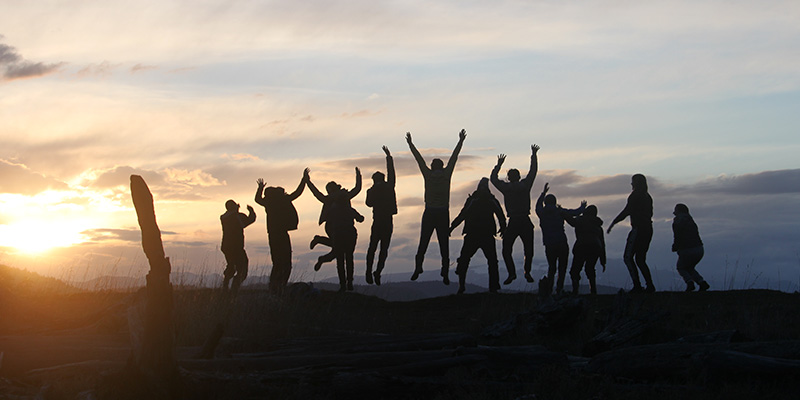 Thoughtful inquiry and engaged analysis are fundamental to the educational process. So, when the UWC decided to learn more about the impact that its educational program has made – and is making – the movement sought to create a study that would utilize those principles.

And, if you are a UWC alumni, you will also have the chance to take part in a comprehensive, four-year study designed to give the movement a better picture of the impact it is having on its students, who go on to, presumably, make the world a better place. 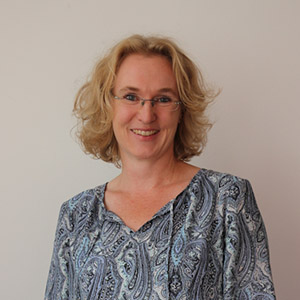 Vanessa Christoph is leading this UWC-wide Impact Study for the UWC International Office, liaising with the Project Zero research team at the Harvard Graduate School of Education. Vanessa is visiting the UWC schools and spent several days on the Pearson campus this summer to informally meet and talk with people and to learn more about and observe the PSYL short-course summer program. Recognizing the values alignment, the research team is including the UWC short courses within the overall study.

“I love the UWC principles and values and everything they stand for, but it is, of course, a human endeavor, and there is always room to improve,” says Vanessa. “And that’s what we are trying to do — identify room for improvement to support the UWC colleges and the UWC movement in achieving their mission.”

Vanessa is a consultant to UWC International and Project Manager of the UWC Impact Study. The study was launched in August 2017 and is being conducted by researchers from the Good Project of Project Zero at Harvard Graduate School of Education. Vanessa said in an earlier statement that, after having contributed to the UWC Exploratory Impact Study in 2015-16 as a researcher, she is excited about continuing to work on this project in this different capacity.

The task is not to evaluate but, as Vanessa put it, to help provide the UWC with the information and tools that “should be helpful to the UWC movement in general and to each of the colleges to improve the impact that they are having.”

The four-year study is being supported by UWC International and all UWC colleges and follows on the findings of the shorter, exploratory study led by UWC South East Asia and involving three other schools in the movement: UWC RCN, UWC-USA and UWC Waterford. That study suggested that a UWC education does have an overall positive impact on its students’ sense of ethics, meaning that their values widely reflect those of UWC.

But the limitations of the data gathered during the initial study meant that a more robust study involving UWC members and stakeholders from across the movement was appropriate.

According to Project Zero Senior Research Manager Dr. Shelby Clark, speaking earlier in a UWC International publication, “(the) project will investigate whether UWC is achieving its model and mission to develop globally-competent and pro-social students and, if so, how they are achieving such a goal? The study…will also examine how UWC alumni are potentially impacting society on a larger scale.”

The findings of the impact study, due in summer 2021, have the potential to offer suggestions not only for further growth for UWC educators but could also provide ways in which educators around the world might be able to draw upon UWC strategies to foster ethical, globally-minded students with the qualities needed to address new and developing challenges in non-UWC schools and educational settings.

The researchers acknowledge the challenges of a study of this nature but is also excited about the methodology to extract the most useful data. “When you talk about measuring impact it is challenging to say the very least”.

There are two main “strands” to the study. The first is a longitudinal study of a single cohort of students over a relatively longer period. In this case, from when they enter a program in 2018-19 at a UWC college through to their completion of the IB Diploma Program two years later. This is designed to explore the development of a change in conceptions and behaviours over the course of the educational experience at a UWC school in an attempt to observe change over time and to identify experiences that were particularly influential during that time.

A number of non-UWC schools with similar missions and models are also taking part in this section of the study to provide a comparator to help study leaders identify elements that may be unique to UWC schools or specific to a UWC experience.

The second strand is a study of UWC alumni to explore attitudes and behaviours and, in doing so, to demonstrate how a UWC education impacted their lives beyond the school and examine the impact these alumni are having on their community, organization or society.

“All alumni who can be contacted through the colleges’ databases will be contacted – the colleges will contact alumni on behalf of the study team,” added Vanessa. “If all goes well and as planned, they should receive a message toward the end of this year asking them to participate in a survey and to indicate whether they would be interested in doing an interview with the Project Zero researchers (via Skype).”

She also emphasized that reaching alumni and gathering their views on how their UWC experience has impacted them is critically important, calling this input, particularly through one-on-one interviews, “the very core of the study.”

Complementing these techniques, the Project Zero researchers “will be conducting observations at the colleges, interviewing subsets of the students and some teachers, faculty, staff” at all the UWC colleges” – an important decision to enable the team to get the global UWC picture.

Vanessa added the study team is happy to provide more information and that she can be contacted directly at vanessa.christoph@uwcio.uwc.org.