PSYL sparks a passion for the UWC movement 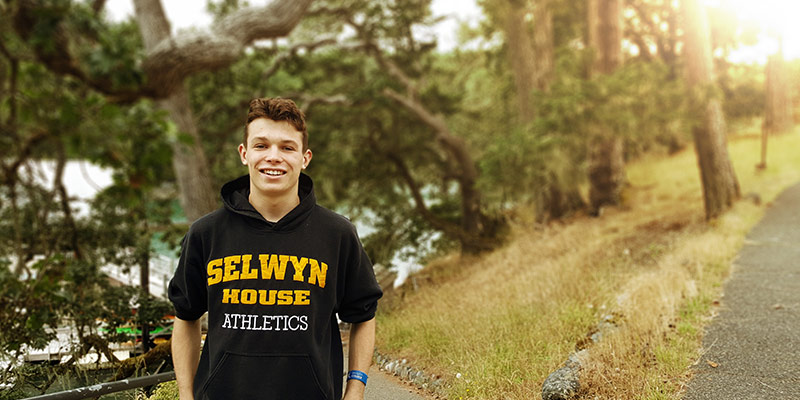 The dining hall on campus is a place where you share food, memories and stories. It is also a place to uncover new stories, like we did when we ran into a familiar face amongst the Pearson Seminar on Youth Leadership (PSYL) animators on a sunny day during lunchtime early in July.

It turned out it was Jon Angell from Ontario, Canada, a past PYSL participant, who we spoke to about his experience no more than two years ago. The then 16-year old had been interested in the UWC movement since the age of 12 and came to PSYL with an open mind to explore the UWC values and mentality. Now, Jon who just finished his first year at UWC Mostar, is back at PSYL, this time as a youth animator.

But let’s back up a bit. Attending PSYL in 2017 was a game changer for the globe-trotting student, who, in his short life-span had already lived in Canada, the US, Nigeria and Kenya.

“I really liked engaging with people from all over the world,” Jon explains. “Adopting the UWC values as my own was a transformative experience and I came out of PSYL more refined and equipped with tools to take on personal and global challenges.” 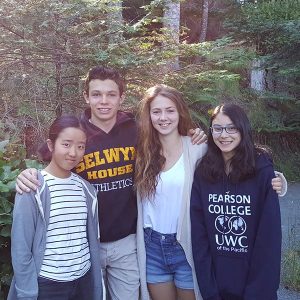 Participating in Pearson’s short course was only the first step on Jon’s journey to UWC. During his time at PSYL, he developed strong bonds with other PSYLers, and with two of the PSYL Youth Animators in particular, who were both studying at a UWC at the time. The student from UWC Mostar in Bosnia and Herzegovina instilled a curiosity in Jon to learn more about the Balkan college, culture and history and he gained valuable insights from comparing the Mostar student’s stories to the perspectives of the animator from UWC Thailand.

“PSYL is a lot more than just about leadership. It is about inclusiveness, respect, and many more values that contribute to being a leader. You come out stronger as a leader and as a person. I have learned to take an optimistic and forward-thinking approach to everything I do. “

Inspired and resolved, Jon applied through the UWC Canadian National Committee after returning from the summer program. He also came home with the strong desire to return to PYSL as an animator to pass on the inspiration for the UWC movement and values to new PYSL participants. In the fall of 2018 his dream of UWC came true and he moved to UWC Mostar.

“My first year at UWC Mostar was a whirlwind of activities and impressions. Coming to Bosnia and Herzegovina was a culture shock at first, having spent most of my life in Canada and parts of Africa,” remembers Jon. “The shock wore off quickly and I felt engaged and welcomed in the community.

”I made lots of relationships with people from all over the world, both in residences at school and outside of school as well.”

Now, in-between his first and second year at UWC Mostar, Jon returned to PSYL where he actively shares his passion for the UWC values and the program as it and its coordinators and animators had a profound impact on his life. 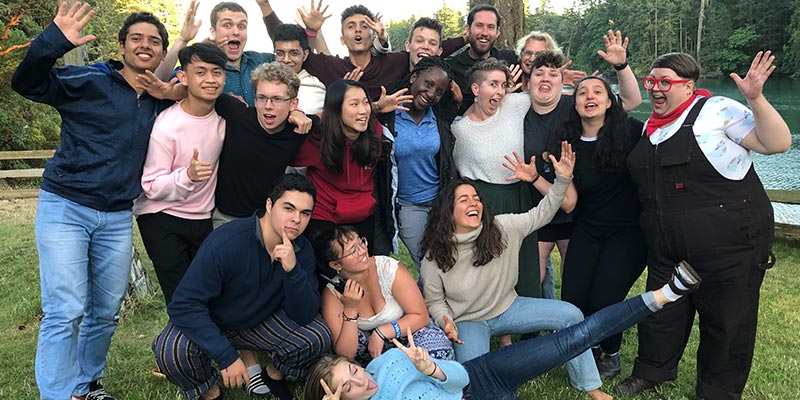 “I am excited to help facilitate the incredible experience I had here for other people and to share the outlook on life and the mindset I developed here and at UWC Mostar. I think youth should have access to these experiences no matter if they go on to become UWC scholars or not,” he states proudly.

“In my experience, participants will take the lessons they have learned at PSYL to heart and home to their own communities and countries and share them. The UWC values are so important in this day and age, in our society and in what I stand for. I want to inspire others to adopt them as their own as well.” 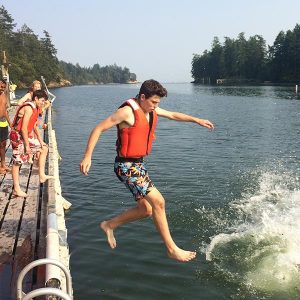 Being back on the Pearson campus was like another dream come true for Jon. At first it felt quite surreal to return to the place where he created so many memories, he told us. But he is also very much looking forward to the three weeks of making many more new memories ahead of him.

“I love engaging with the natural world and I am looking forward to adventure day where I hope to facilitate either a hike or water activity. Getting to know some of the incredibly diverse people at PSYL is going to be a great experience.”

For his future, Jon is interested in studying Human Social or Political Sciences and he sees himself working in international relations or humanitarian aid where he can engage with current global issues in a meaningful way.

“I want to be somewhere where I can help facilitate change.”