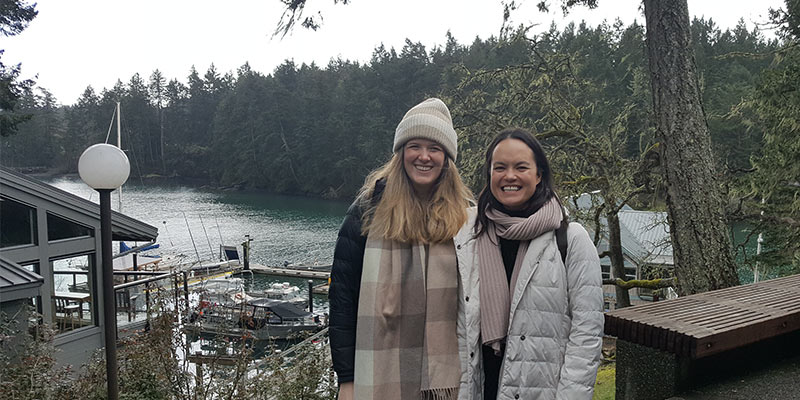 As you might have seen in our eNews from September 2018, UWC (United World Colleges) is collaborating and participating with researchers from the Harvard Graduate School of Education on a study of the impact of a UWC education on students and alumni.

This project is a network-wide study involving all 17 UWC schools, including Pearson. You can find out more here and a Pearson story about the research here.  The UWC impact study was launched in August 2017 and is being conducted by researchers from the Good Project of Project Zero at Harvard Graduate School of Education.

Through this study the UWC movement hopes to gain a sense of if and how we are achieving our mission. The results of the research will allow us to better understand and reflect on our educational model and its effect on our community members.

As a component of the study, the research team recently visited the Pearson College UWC campus to observe classroom and CAS activities.

“We have been meeting with and interviewing a number of first-year students, faculty and staff. We have also been able to observe different classes. Pearson College UWC is the fifth UWC school on our list of 17 we have visited, and it is very interesting to see both the similarities and differences in the schools as well as their community culture and how embedded they are in their environments and own communities,” explains Shelby Clark, Senior Research Manager with Project Zero.

Her colleague Sarah Magagna adds, “We very much enjoy our stay on campus as everybody has been so welcoming. It is intellectually invigorating to be part of this study and get to get a glimpse into the students’ and faculty’s lives (and work) and their uniquely diverse backgrounds.”

The study was launched in August 2017 and will run until 2021. Both researchers admitted with a smile that they were excited to share their findings, but they would not be able to divulge the results before the end of the study.