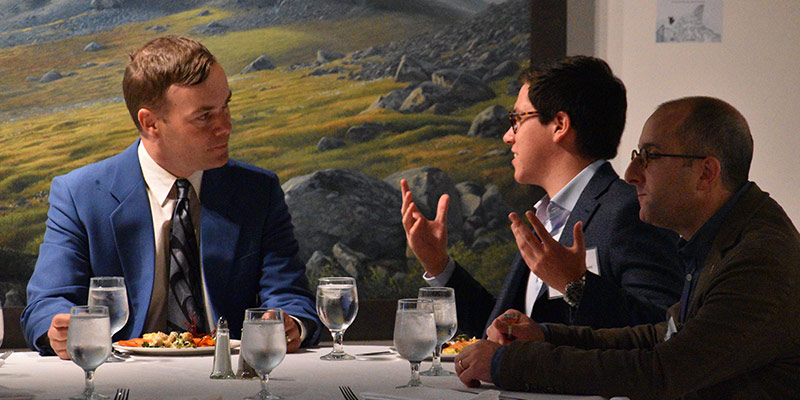 More than a dozen Pearson College UWC students impressed nearly an equal number of British Columbia Members of the Legislative Assembly (MLAs) at a recent reception near the provincial capitol in downtown Victoria.

The students, members of the Global Affairs Lab CAS (Creativity, Action, Service) representing Canada and at least 10 other countries, joined President and Head of College Désirée McGraw and other Pearson leaders at the event intended to provide both a practical experiential education opportunity and a way to further build relationships with Cabinet ministers and MLAs from the governing New Democratic Party.

The CAS group had a chance to learn more about Canada’s style of government directly from the decision-makers in Canada’s most populous western province. In turn, students were also able to share their views of government both in their respective home countries as well as Canada.

MLA Mitzi Dean and veteran Victoria City Councillor Marianne Alto (YR 2/1977, Canada-AB), an alumna of the College, also spoke at the event, with each sharing thoughtful and supportive remarks about the school. View her short remarks on our YouTube channel.

After the reception, the CAS group attended the daily Question Period – a sometimes-raucous highlight of B.C.’s Westminster-based parliamentary system in which opposition members can direct pointed questions at the Premier and Cabinet ministers.

Pearson’s Director of Advancement Carly Milloy noted that the College reaches out to individuals and influencers across the community and around the world to build awareness of, as well as to encourage support for, Pearson and its global education mission.

Direct, in-person outreach is important in helping break through the tsunami of information and issues confronting decision-makers, supporters and those who were not previously aware of Pearson and the mission of the UWC movement.

“Students are some of our most powerful ambassadors and spokespersons,” added Milloy. “Their stories and the challenges many of them faced simply to access a UWC education at Pearson are eye-openers for both individuals who know the school well and for those who are just getting to know us.” 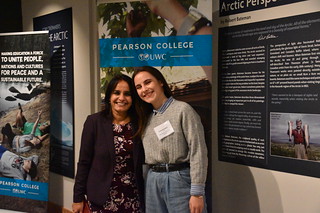 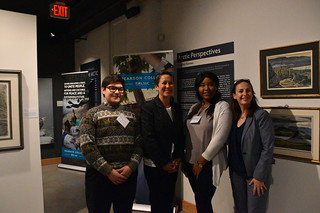 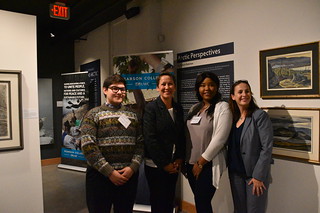 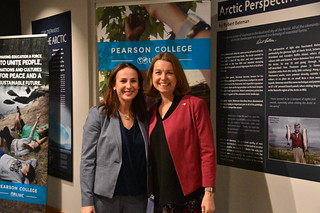 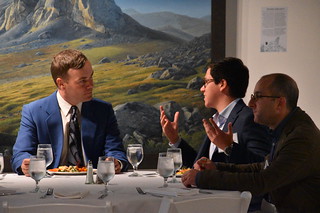