Our Commitment to Reconciliation 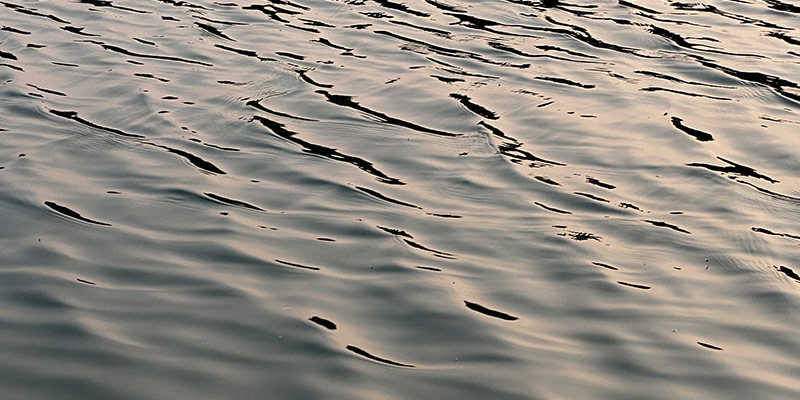 “Lester B. Pearson College of the Pacific and United World Colleges (Canada) acknowledges that its community lives, learns and works on the unceded territory of the Sc’ianew First Nation. The Sc’ianew people, although a distinct and independent nation, are part of a larger Indigenous cultural group referred to as Coast Salish on Vancouver Island with a broad area that encompasses Southern Vancouver Island.

The Sc’ianew First Nation (pronounced Che-a-nuh) is located on the shores of Beecher Bay, Southern Vancouver Island, where they have lived for millennia. The word Sc’ianew translates from the Klallum language as “the place of the big fish”, indicating the richness of sea life in the region that has sustained the Sc’ianew people and neighbouring First Nations with food, shelter, medicine, and clothing. The Sc’ianew people are known as “people of the salmon,” which reflects the marine environment where their culture and history developed.

We acknowledge the land upon which Pearson sits as “unceded” territory, which respects the fact the Sc’ianew people never gave up, legally signed away or ceded their lands to Canada or to Pearson College UWC. The land was purchased by the College from the Government of Canada without Sc’ianew consent, which conflicts with the ancestral law of the Sc’ianew People. Sc’ianew law and oral history confirms the Pearson campus and surrounding territory as unceded Sc’ianew territory. Sc’ianew First Nation is actively engaged in treaty negotiations with the Provincial and Federal Governments to reclaim territory from Department of National Defence (DND) lands known as the Mary Hill Property. For more information about the Sc’ianew First Nation please visit beecherbay.ca.”

Pearson College UWC, with gratitude and humility, this month took another important step along the journey of reconciliation with Indigenous students, peoples and communities with the adoption by the Board of Directors of the Reconciliation Action Plan and its companion document, Indigenous Vision.

“This plan represents the first comprehensive commitment by the College to address past shortcomings,” wrote Pearson Board Chair Anne McLellan in a message to the community included in the plan. “We believe this will ensure positive progress and support for Indigenous students and our relationships with Indigenous peoples and communities.

“It invites us to understand how our UWC values can better align with the aspirations of Indigenous students and communities. The recommendations in this report give us the opportunity to be deliberate about how our work and the choices we make can improve our support for Indigenous peoples.”

“Pearson College UWC has embarked on a journey of reconciliation that involves decolonization and a renewed commitment to Indigenous peoples.”

Both the 60-page plan and companion Indigenous Vision document are available for review on the College website at www.pearsoncollege.ca. The plan, an aspirational document prepared by independent consultant Marcia Turner (formerly Marcia Dawson), M.A. of Daxgedim Haanak’ Nation Building and her associates at the request of the College, includes a comprehensive series of short and longer-term key actions under eight guiding framework themes.

“The plan and vision are thorough and thoughtfully reflect input gathered over several months from our campus Indigenous Vision Advisory Committee, Elders and Chief Russell Chipps from the Sc’ianew First Nation, Indigenous alumni, students, faculty and staff,” said Craig Davis, Head of College. “Though many voices spoke and reflected unique perspectives, they were unanimous in urging Pearson to make a strong and public commitment to reconciliation.

“And that is exactly what we are doing. I am pleased to commit our time, effort, expertise and resources to the actions outlined in the plan.”

“The journey towards reconciliation at Pearson College is not a linear path and will require transformation that is inspirational, challenging and uncomfortable, but it must be done.”

Davis added the school is making the plan and vision easily available both to invite comment and to help hold the College accountable. A series of discussion opportunities with students and others on campus will follow once everyone has had a chance to review and consider the documents.

“This plan is neither a beginning or an endpoint, it is another step on a journey that will require time, persistence and patience,” added Davis. “It is based on certain principles and understandings, including mutual respect, a focus on strengths not just deficits, developing resilience, listening more than we talk and embracing the notion of ‘two eyed seeing.’ There is a commitment throughout the plan to collapse notion of ‘us and them’ as actions themselves will hopefully build the trust necessary to restore relationships.

“For our part, I envision that the reconciliation plan will form the backbone of our next five-year strategic plan. This is a long-term investment, not a quick fix, and we will keep everyone in our community updated.”

“This plan provides context and meaning to the critical importance of reconciliation and taking actions that respect, promote and support Indigenous knowledge and ensure that Pearson College is a leader and an ally in reconciliation. It provides a pathway for this journey and outlines the College’s commitment to recognize, include and honour Indigenous peoples and Indigenous knowledge systems. It aspires to improve scholarship opportunities and campus life for Indigenous students, faculty and staff. Importantly, it provides recommended short and long-term actions for Pearson to implement as soon as possible and to aspire to in the years ahead.”

Over its nearly 50-year history as a school located on the unceded territory of the Sc’ianew First Nation, Turner acknowledged the efforts of faculty, staff and Indigenous students who introduced a number of initiatives in classes and across campus to bridge Indigenous relationships, introduce Indigenous content and raise the visibility of the culture, history and issues of Indigenous peoples.

“It is important to note these initiatives are indicative of a continuous effort by the College to build critical relationships with the local Indigenous community,” she wrote, noting the 2015 commitment by former Head Désirée McGraw to explore how the College could strengthen its relationship with Indigenous peoples, provide a culturally responsive education system for Indigenous and non-Indigenous students and understand how the Truth and Reconciliation Commission Calls to Action could be implemented at the College.

“Historically, Pearson has not had a good relationship with Sc’ianew First Nation, only recently is this improving.”

“Truth Before Reconciliation is needed in order for change to occur.”

Truth before reconciliation is a principle that calls on the College to share and understand the truth of past relationships from an Indigenous perspective and use this as a narrative to help form the way forward towards reconciliation. While it is a broad principle that applies to understanding the school’s relationship with Indigenous students, Sc’ianew and Indigenous communities, the history of the First Nation upon whose territory the College campus is located provides a telling framework which encourages genuine understanding.

At the heart of the narrative is the issue of the land which was never ceded by Sc’ianew peoples whose families have ancestral ties and connection to place names, medicines and resources located on properties inextricably linked to their identities. “DND (the federal Department of National Defense) took the land and gave it to Pearson…we were not happy about that,” explained Sc’ianew Chief Russell Chipps in a conversation quoted in the Reconciliation Action Plan.

Acknowledging this history helped lead to the signing of a milestone Memorandum of Understanding between the First Nation, the College and the District of Metchosin in late 2018. All three organizations are working cooperatively on land use planning that includes maintaining green zones and protected areas as well furthering the foundation for the Nation’s economic development opportunities all within the British Columbia Treaty Process through the Te’mexw Treaty Association.

“Of course, the importance of institutional relationships is woven throughout Reconciliation Action Plan and Indigenous Vision but at its centre is the primacy of our relationships with and support for Pearson students and alumni who are Indigenous,” said Davis. “Reinforcing the pillars of a culturally responsive and culturally safe environment is critical to the success of Indigenous students while attending Pearson and to help provide a strong foundation for Indigenous graduates.

“As outlined in the plan’s Key Actions, this is a campus-wide responsibility,” he added. It encompasses initiatives ranging from establishing culturally relevant recruitment, orientation and programming to supporting additional cultural competencies and trauma-informed practice training for adults to the simple act of  creating campus signage in Hul’q’umi’num, the language of the Sc’ianew and a dialect of the Coast Salish people, and eventually, signage that also honours the languages of Indigenous students who have attended or are attending Pearson.”

“What a historic opportunity! We must not let this go to waste and we will ensure this is our priority moving forward”