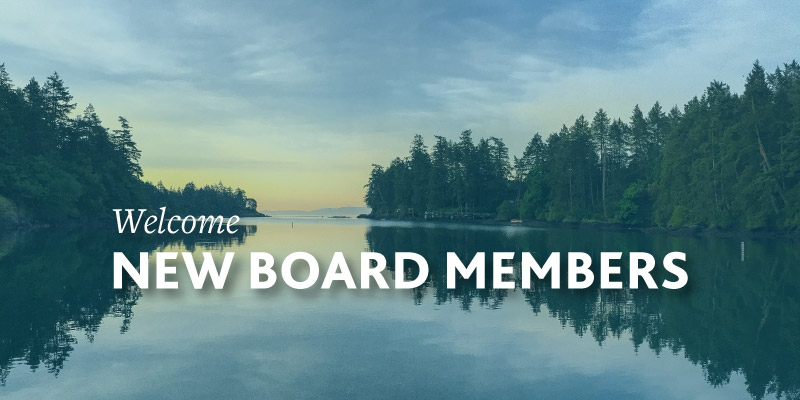 ​The volunteer Board of Directors of Pearson College UWC this month welcomed three new Directors who are each highly-accomplished in their respective fields, represent a welcome diversity of perspectives and bring to the Directors’ (virtual) conference table an alumni-infused commitment to, and knowledge of, the College.

“All three — Anita George, Owen Teo and Yewande Awe – are Pearson alumni representing different years with origin stories from disparate parts of the world which reflect the diversity of Pearson,” said Anne McLellan, Chair of the Board of Directors. The confirmation of new Directors was made in conjunction with Board meetings and the College’s Annual General Meeting conducted virtually on 20 and 21 November. The new Directors will join the upcoming Board meeting in spring, 2021.

George (Year 4/1979, India) is Executive Vice-President and Head of Strategic Partnerships, Growth Markets for CDPQ (Caisse de dépôt et placement du Québec), Quebec’s public sector pension investment agency. She joined CDPQ in 2016 as Managing Director South Asia and in 2017 took on the role of Executive Vice-President, Growth Markets. Holder of a number of directorships and formerly with the World Bank, George is based in New Delhi and has worked in several regions of the world including Europe, Asia, the Middle East and Africa.

Teo (Year 15/1990, Canada B.C.) is the Ottawa-based Director of Strategic Integration at the Office of the Chief Information Officer in the Treasury Board of Canada Secretariat. A former Canadian diplomat, Teo has represented his country in New York and Beijing, where senior government officials benefited from his foreign policy and international trade expertise. Teo is a critical thinker and skilled negotiator who is passionate about bringing together individuals with diverse, as well as divergent, views in search of common ground and mutually beneficial solutions.

Awe (Year 10/1985, Nigeria) is an international development professional and technical leader who is a Senior Environmental Engineer at the World Bank in Washington D.C. She has worked on projects and analytical activities that address pollution management and environmental health in countries including Guatemala, Colombia, Mexico, Peru, India, El Salvador, Argentina and Qatar.

Awe co-led the start-up of the World Bank-administered Pollution Management and Environmental Health multi-donor trust fund and has co-authored and co-edited several publications on air pollution and health and environmental management. She earned her PhD degree in Environmental Engineering from Imperial College London.

Three Directors also stepped down after completing their terms on the Board. Christine Healy President and CEO, Total E&P Canada, served most recently as Vice-Chair of the Board and led the Board search earlier this year for a new Head of College. Ciro Echesortu, CEO of Ceibos Group, like all Directors, served on a number of Board committees during his tenure. Lawyer and Strategic Advisor Paul Zed served on the Board on two separate occasions, the first beginning in 1998.

The College’s audited annual financial statements for the year ended June 30, 2020 were also reviewed and approved at the Annual General Meeting. A narrative annual impact report will be shared later this fiscal year.