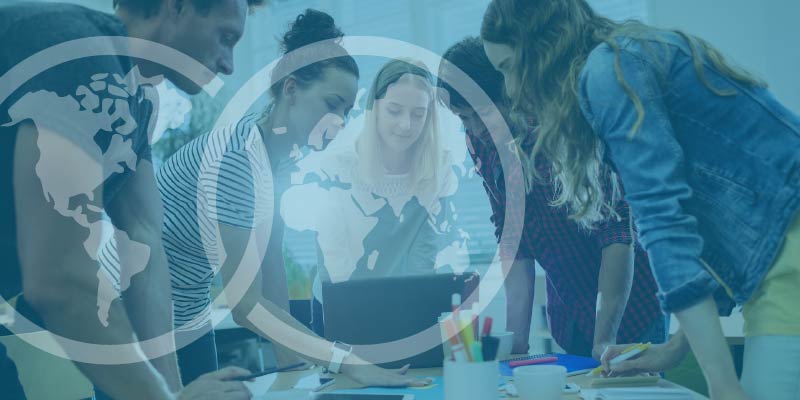 Editor’s Note: Material for this article is based on various written and verbal updates from Craig Davis, Head of College and other sources.

Hello all. The week of March 8 was one of early morning virtual and vital meetings with my colleagues and peers across the UWC International movement. For those of us in the Pacific Time Zone, some of those meetings began as early as 3 a.m. but that is simply the happy price to pay for being part of a progressive, international movement!

During these most recent international governance meetings some of the most pertinent and timely discussions reflected critical thinking and actions pertaining to racial justice, particularly in UWC schools and institutions, reflecting what is a worldwide moment of reckoning. It’s a truism – one that has been pointed out to me on many, many occasions –that simply bringing young people together in a spirit of international understanding and education by itself is only one action.

Steered by UWC International Board Chair and respected leader in global health, development and human rights initiatives Dr. Musimbi Kanyoro, the discussions framed around anti-racism, diversity, equity and inclusion ranged from movement-wide and individual school challenges and actions to become genuinely anti-racist to the nuances of the language and acronyms used when taking about anti-racism and adjacent topics.

The UWC movement’s framework took a noteworthy step forward with the recent establishment of the Anti-Racism, Diversity, Equity and Inclusion Steering Group (ARDEI SG), scheduled to hold its first “official” virtual gathering this month (March). “Diverse” doesn’t do justice to describe the life and professional experiences that the 14 members of the group, invited from more than 160 applications worldwide, bring to the table.

While all points of the globe are covered, it’s exciting to see that two group members — Cicely Belle Blain, founder of Black Lives Matter Vancouver, and activist and student Sofia Vargas Aguayo, both currently live across the Salish Sea from our campus on the unceded territories of the xʷməθkʷəy̓əm (Musqueam), Sḵwx̱wú7mesh (Squamish), and Sel̓íl̓witulh (Tsleil-Waututh) Nations, also known as southwestern mainland British Columbia. Of course, when conditions permit, it would be our honour to host them and other steering group members on our campus to meet our students.

We look forward to hearing more as the “UWC ARDEI SG” works across the movement to help ensure it is a truly anti-racist, equitable and just movement.

“UWC ARDEI SG” is admittedly a daunting collection of vowels and consonants but it brings attention to how we use words and abbreviations to encourage discussions about diversity and racial justice. ARDEI, DEI, BIPOC and BAME all came up in our recent discussions. The use of a variety of acronyms in different parts of the world, in what context they are used and how they are delivered and received poses challenges in terms of language and identity.

This is a complex and nuanced discussion that draws on a vast history of changing language use and the reframing of linguistic context that is never static. This linked article offers several perspectives and allows that, “context is everything, naming and framing” is fluid and, as one commentator put it, “…life isn’t so black and white.”

The article touches upon the exclusion of groups from such umbrella terms, pointing out that, for example, that Romany/Roma people are one of the most marginalised and disadvantaged communities on the planet. This raises subsidiary questions about visible minorities versus non-visible minorities.

British Columbia’s Provincial Public Health Officer Dr. Bonnie Henry, whose voice is literally heard by millions daily since the beginning of the Coronovirus pandemic, together with others such as the University of Victoria, have also recently been using the term racialized.

Terms are not unified globally and are often contentious. What a UWC discussion highlights though, is the need to be vigilant against “absolutism” that seeks to essentialise any term, category or name because that is the methodology of racism. Prejudicial mindsets will always seek to fix identity and terms because this enables caricature, stereotyping and ultimately discrimination.

As many have pointed out, the colour of one’s skin is only one factor to consider in inclusivity. To be inclusive of true diversity means that we recognize factors like ancestry, place of origin, age, sexual orientation, religion, identity, neurodiversity, differently-abled persons along with many other potential considerations.

Demonstrating – walking the talk – on diversity, equity and inclusivity means we understand all these factors and use these to create and nurture a strong, inclusive and resilient community. We need to continually educate ourselves and our community on these values and true inclusion.

I think our work and action on the Indigenous Reconciliation Action Plan is an important moment in demonstrating our commitment to DEI both at a global and on a very local level.

As most of you know, we on campus are privileged to live and learn on the unceded territory of the Sc’ianew (Beecher Bay) First Nation. Over the years, many in the campus community have formed bonds with members from the Nation and institutionally, we’ve been taking other actions, such as the signing of an MOU in 2019, to further solidify the relationship.

Since the November introduction of the College’s Indigenous Vision and Reconciliation Action Plan, a working group, with strong student representation, was established to guide us on steps that will, among others, see us bring on a full time Indigenous education and outreach leader, welcome more Indigenous elders and educators into the community and, working with the Sc’ianew community, integrate Indigenous design concepts around campus.

We embraced a reconciliation process knowing that it would be a long journey and one that needs to be accepted as a collective responsibility of everyone on campus and indeed, by everyone in the greater Pearson community.

Our own reconciliation process emphasises a point that Musimbi made in her speech during the UWC meetings. She reiterated that resilience and collaboration are essential characteristics of the movement. We must produce schools and educational cultures that develop everyone’s resilience and capacity to fight causes outside our campuses, including social and racial justice.

And in doing so, I would link these to climate and environmental justice – as increasingly, many are acknowledging. In turn, these challenges align with the United Nations Sustainable Development Goals should be the priority foci for all of us who seek to redress inequity.

One theme running throughout all of this is very clear – that you cannot move forward on any issue unless you have the precise and verifiable facts at hand. You must first establish these specific truths before you react or determine your own view.

Part of the challenge in determining real-world facts is presented by social media channels that magnify ill-informed perceptions and are careless with precise facts. We all have a responsibility to fact check and reserve judgment/emotional reaction until we are certain of these truths.

Thank you for taking the time to join me in catching up with the latest from UWC movement.