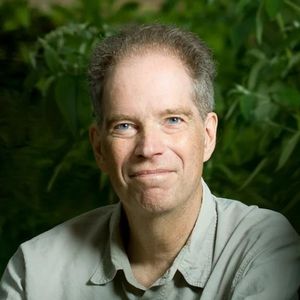 With the recent passing of Pearson alum Geert Jan van Oldenborgh (YR 5/1980, The Netherlands) and the world’s attention on COP26, the UN Climate Change Conference in Glasgow, we wanted to share an original and  timely feature-length story about GJ’s work as a passionate inventor and promoter of climate change measurement. It is said his work propelled the study forward by precious years, giving new urgency to solving the most urgent issue we face as a planet — climate change.

Geert Jan van Oldenborgh (YR 5/1980, The Netherlands) was a physicist and climate scientist whose contributions to a new and fast-changing field resulted in two ground-breaking climate modeling applications.

The first is Climate Explorer, an online tool that allows citizen scientists from anywhere is the world to report data on weather events. The second is the the World Weather Attribution (WWA) project, an international effort to analyse and communicate the possible connection between extreme weather events and anthropogenic climate change.

Hosted by the Environmental Change Institute at the University of Oxford, the World Weather Attribution project is an initiative so vast and effective that it has reduced the process of climate science modelling from years down to days. Using complex statistical techniques, the project reports on the direct connection between human caused climate change and extreme weather in near real time, a feat that recently garnered van Oldenborgh and his research partner Friederike Otto a place among Time Magazine’s Top 100 Most Influential People of 2021.

Geert Jan van Oldenborgh was born on Oct. 22, 1961, in Rotterdam, Netherlands. His father, Jan, was a lawyer; his mother, Wil Lijbrink, was a psychoanalyst. In primary and early secondary school, van Oldenborgh Jan was recognized as academically gifted. In the schoolyard, however, he was often bullied.

“I skipped grades while at the same time moving to a new school,” he recalled. It did not help that he had extremely poor eyesight, even with glasses!

When van Oldenborgh learned of the United World College (UWC) system, he was intrigued. Here was an opportunity for adventure, but also a system that would value and hone his academic ability. His national committee ultimately offered him a spot at Pearson College UWC in distant Victoria, Canada and he embraced the challenge.

Geert Jan — “GJ”, to his classmates — arrived at Pearson eager to study mathematics. Ultimately though, it was physics, that “magical interface where theory confronts reality and is either validated or shown to be in need of revision,” that would capture his imagination. He credits his teachers, and particularly Andrew Spray, for this revelation.

“GJ was a very gifted student,” recalls Spray, who is not surprised that van Oldenborgh’s passion for physics led him ultimately to the field of climate science. “Physics is the most basic of sciences. It gets down to the smallest and simplest, but also the largest elements of life. It is the basis of understanding climate change.”

Beyond encouraging his love of learning and providing necessary technical skills, the Pearson experience granted van Oldenborgh a welcome opportunity for personal growth. “I arrived as a typical nerdy student: excellent at academics but not all that good in social interactions,” he recalled.

His time at the College placed him in a warm, diverse community. He came to see this interpersonal experience as constitutive of the training that ultimately allowed him to do ground-breaking scientific work. “I learned communication skills with people from different cultures and communication styles, which served me well working in the international teams that are the rule in climate science projects.”

Time at Pearson also gave GJ a different perspective on the world. He learned first-hand about the resource inequality experienced by classmates from other parts of the world. This ultimately influenced his vision for the Climate Explorer website.

“I wanted to make sure that good scientists without a good internet connection and with mediocre computing facilities could still do good research,” he said. But his experience with Climate Explorer showed that access was not enough.

“People [in poorer countries] also needed basic education in climate science to be able to use the tool gainfully.” It took 10 years, but Climate Explorer came to exceed expectations and now receives regular contributions from scientists in Ethiopia, Kenya, Colombia and beyond. (While being interviewed for what turning into this article, GJ and his colleagues were analyzing data related to the drought in Madagascar.)

After graduating from Pearson, van Oldenborgh returned to the Netherlands where he earned a Master’s degree at Leiden University and a Doctorate at the University of Amsterdam, both in theoretical physics. Initially, he concentrated on particle physics, but in 1996 he joined the Royal Dutch Meteorological Institute as a post-doctoral researcher. One of his early contributions was studying El Niño.

“Climate research turned out to be much more suited to my personality and offered more possibilities as it was a newer field and hence it was simpler to make significant contributions,” he said in an interview last year. “It was also much easier to explain to the public, and the answers were more relevant for society.”

His early work at the Institute led to the creation of Climate Explorer, which remains a standard climate science tool to this day, regularly used by climate science students around the world. The World Weather Attribution initiative grew out of van Oldenborgh’s interest in understanding climate extremes – weather events that disproportionately affect vulnerable people in poorer areas.

Van Oldenborgh realized that in order to create the most effective climate attribution analysis, evidence needed to include data points gathered simultaneously from all around the world.

“The big breakthrough I made was to find methods to do an attribution analysis in a week or so by having all necessary data available on Climate Explorer. A hundred years of data going up to yesterday and even [predicted] into the future could be analyzed using weather forecasts.”

A complex statistical process, extreme event attribution involves processing enormous quantities of weather data and new climate modeling. In recent years, this has benefited from improved methodology and coordination among a small group of climate researchers, including van Oldenborgh, representing the Royal Dutch Meteorological Institute and Otto of the University of Oxford.

“Being able to confidently say that a given weather disaster was caused by climate change while said event still has the world’s attention can be an enormously useful tool.” he explained.

When the ‘heat dome’ hit the west coast of North America – including the Pearson campus – last June, the significance wasn’t lost on van Oldenborgh. The event was hotter, faster and longer than previous climate change models had predicted.

“On the one hand it was a fascinating scientific problem, with totally unexpected temperatures in many places. On the other hand, it was a major disaster in the making, with potentially thousands of deaths in the U.S. and hundreds of deaths in Canada.” (In BC, at least 570 sudden deaths in June 2021 were eventually attributed to this extreme heat wave).

Van Oldenborgh added, “If policy makers are to make timely, informed decisions based on the changing probability of extreme weather events, they need trusted scientific opinion in something close to real time—not years after the event.” World Weather Attribution is a game-changer in this regard, able to offer quick and thorough assessments of the role of climate change in the immediate aftermath of the event. 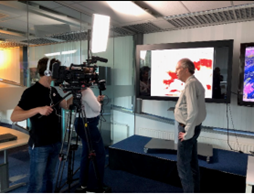 Van Oldenborgh with the BBC news

In 2013, van Oldenborgh Jan was diagnosed with Multiple Myeloma, an incurable type of blood cancer that became a daily part of his life. Asked how his health affected his work during this time, van Oldenborgh was reflective, but nevertheless pragmatic. “I decided to concentrate more on teaching and disseminating the knowledge I have gathered over the years, and less on writing papers.”

Van Oldenborgh launched into a new and fruitful period of work, sharing his findings with students at the University of Oxford and engaging with a steady stream of journalists and media inquiries. Throughout, he maintained his work on the World Weather Attribution initiative, and continued to draw data from the Climate Explorer tool he developed.

He continued this heavy workload right up until his last days, saying that it gave him a sense of purpose, even when it was done from the sterile backdrop of his hospital room, “…provided the wi-fi connection is good,” he quipped. 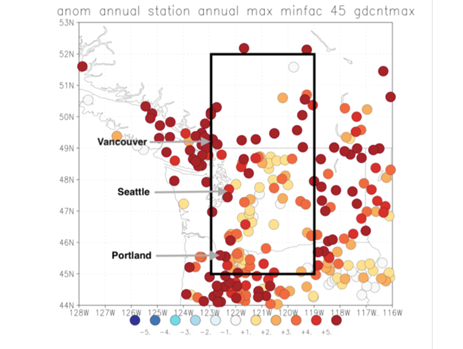 Asked about Pearson’s development of the Climate Action Leadership (CALD) Diploma program,  van Oldenborgh offered some advice to potential students. “Be careful where your effort is needed,” he said. “The field is evolving quickly — hydrology, climate change impacts and compound events (i.e. heat + drought) are areas that will need more development to predict and understand better in the years ahead.”

Geert Jan van Oldenborgh died Oct. 12, 2021, at the age of 59.  As it became evident how little time he had left, van Oldenborgh made a concerted effort to share his knowledge about the climate breakdown he was witnessing, and to do so as widely as possible.

His message was an urgent one—not just about the extreme effects of human caused climate change, but also about the scientific method that is needed to quantify these effects, and the level of cooperation in and among the scientific and broader global community required to accomplish the task before us. He worked tirelessly to leave us tools to help us make good decisions. He was a person uniquely gifted to hear, interpret and communicate the signals our environment is offering us about human-caused climate change. His legacy includes, not least, the many whom he inspired to carry on that important work.