At Pearson College UWC, we are proud to celebrate the achievements of alumni who are making an impact across the globe, including those who are doing that about a 30-minute or so drive from campus. 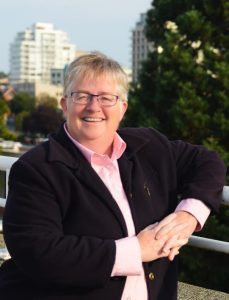 Alumna Marianne Alto (Year 2/1977, Canada-AB) is just finishing up her first month as mayor of Victoria, the capital of British Columbia and the linchpin of the largest urban area on Vancouver Island. As a city councillor for 12 years, Alto is no stranger to municipal politics and is bringing continuity to a council chamber that is primarily made up of new faces.

She’s been described by colleagues as “a thoughtful and approachable listener,” a leader who is in sharp contrast to the heated, divisive rhetoric of so many modern political discussions. It was noted that Alto ran – and won – on a platform that emphasized good governance, empathetic listening and bringing people together.

It’s at this point we’ll remind everyone of what the College’s inspiration and namesake once said, “How can there be peace without people understanding each other, and how can this be if they don’t know each other?”

Alto, as well as internalizing the ethos of Pearson, has been complimentary of her College experience and continues to give back in many ways. She has been a volunteer Host Family and has often stepped forward to welcome students interested in learning more about governance at all levels.

In her other career, one that requires a skill set similar to a governing leader, , Alto has been the principal in a research and consulting firm specializing in outcome-based organizational change, facilitation, strategic planning, project management and research. In this, she has worked with clients from the business, community and government sectors. 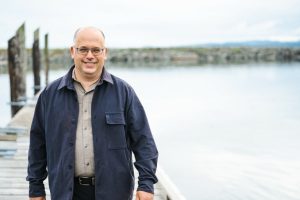 Cavens has been actively involved in his community as a member of a number of bodies ranging from the CRD (Capital Regional District) Climate Action Intermunicipal Task Force to the TE’MEXW Treaty Advisory Committee to volunteering for Rainbow Kitchen.

As a registered planner with degrees in Landscape Architecture and Science and a Doctorate in Civil Engineering, he is the principal of a small planning firm that has worked with councils, staff and residents across Canada to achieve consensus on complex issues like municipal climate policy and Official Community Plan reviews.

Both Cavens and Alto will be tackling big and overriding area-wide issues such as the high cost of living in this region as well as increasing numbers of unhoused and inadequately-housed residents and the complex pressures of a growing population on the natural environment of this region. No doubt, both will draw upon many of the learnings they absorbed during their time on the campus along Pedder Bay.