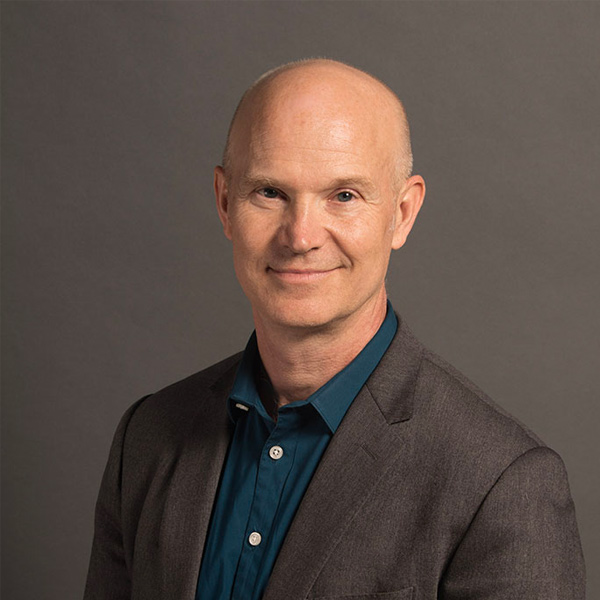 Like many Pearson alumni, Mike Zryd’s (Year 7/1982, Canada-NS) time on the Pearson campus would never have been possible without a full scholarship. Now a Film Studies professor at York University in Toronto, Mike weaves his UWC perspective into his research and classes. We invited Mike to share how his experience at the College impacted his life, and what inspired him to include Pearson in his estate plans.

As a high school student, what inspired you to apply to Pearson?

My mother first heard about UWC in a 1979 Reader’s Digest article. When she shared it with me, part of what appealed to me was the chance to have a special education experience that I wouldn’t have gotten anywhere else – the chance to be with other young people who were interested in a larger mission of international peace. The other thing that motivated me to apply was the chance for a full scholarship. My parents at that point had encountered some very tough financial times, and a full scholarship really made all the difference for me. I would never have applied if it would have meant a financial burden for my family.

When you arrived at the College, what surprised or challenged you?

Pearson was amazing, I was really excited to arrive. I came from a very small high school, with only 19 people in my class and where I was one of the top students. Suddenly I was surrounded by people where were just as good at school as me! It changes the way you evaluate and conduct yourself. When I think of the clash of cultures that occurs at Pearson, I experienced this partly in terms of my understanding and sense of my place in the world. Then, of course, there are all these people from different countries and cultures. I came from a quite secluded background – I had traveled a little bit, but I didn’t have many international horizons. The goal of the College was certainly achieved with me! I gained a much more international perspective on the world, and of the range of peoples’ experiences. It really opened up a global perspective for me.

What Pearson experiences did you find particularly enlightening?

One place where I found a huge learning opportunity was at Village Meetings – the big gatherings where we had a really full exchange and discussion. We learned from experts who were visiting, and also from the expertise of people in the room sharing their experiences. That was really eye-opening for me. It was the cumulative impact of everyone gathering together, this amazing experience of the whole. Really, everyone came – it was very rare for there to be delinquency at a Village Meeting. On a micro-level you realize that there are still differences between people that express themselves in surprising ways, but the big gatherings really worked as a way to share perspectives. Max Bell (where the meetings were held) is in some ways, beautifully designed because everyone can see everyone. It’s big, and a bit intimidating to speak, but once you’re in the heat of an issue you feel enabled to voice your opinion and be heard. In retrospect, I recognize how thoughtful the architecture of the space was.

How have you carried your Pearson experience forward in your life?

Now I teach Film Studies at York. Academically, I came into Pearson interested in science, but because Theo Dombrowski was an amazing English teacher, I really discovered my passion for the humanities. He changed my life in that direction. I went on to complete an English degree, combined with Film, and that became my career. But it was also seeing the influence of Theo and all the great teachers at Pearson – I could see they were really making a difference, and I was inspired to do that too. In a larger sense, what I took with me was an international perspective and a sense of the importance of being open to other points of view. Right now, like every other academic and every academic institution, I am thinking through the ways in which we have a lot of catch-up to do in terms of equity and diversity. All those things, in some ways, have already been with me from my Pearson experience. I feel lucky for that.

How did you come to include Pearson in your will? Was it complicated?

It took me a while to get around to doing my will. But the lawyer I worked with was knowledgeable and knew a lot about different legacy options. I think sometimes people believe they must leave everything to just one place. But what I have done – what a lot of people do – is divide their estate between family and other recipients. I knew I wanted to leave some of my estate to places or causes I cared about, and Pearson was on top of that list. When it came to actually drawing up the will with the lawyer, that’s where the division I was thinking about became more concrete, and more possible. For me this was really liberating – it made me feel like I didn’t have to choose between the causes I was passionate about. Seeing the legacy language on the Pearson website was useful and gave me wording that I could put directly into my will. I think this is important information to share with people, knowing that the process is not too difficult, and that estates can be divided in whatever way best suits your circumstances.

What motivates you to give back to Pearson?

Fundamentally, Pearson is such a special place. A transformative place. I was able to come to Pearson only because I received a full scholarship. That’s a big part of why I want to give back, to have the chance to pay it forward. It’s the idea that someone shouldn’t have to worry about burdening their family, or have their own finances burdened. I want to try to open up opportunities for those who might not otherwise have that chance, and really make that transformative experience count.