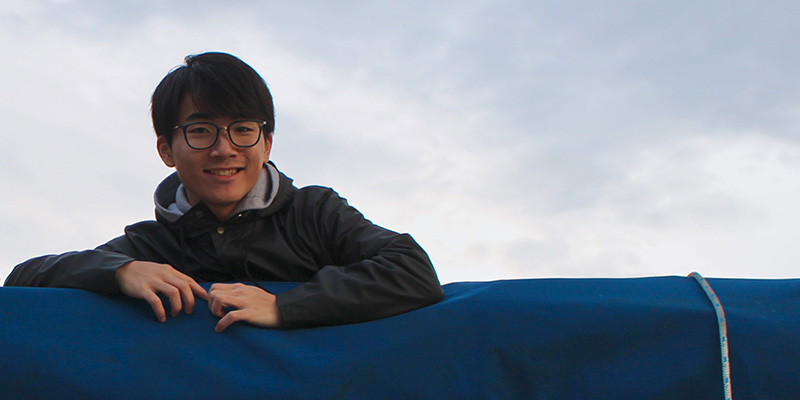 It appears like there is nothing that Kohtaro Kosugiyama (YR 41/2016, Japan) cannot do. Since graduating in the summer of 2016, if almost seems like he never left.

He was involved with an international wedding on campus, came back as dance director for One World 2017, supported President and Head of College, Désirée McGraw, at the official opening ceremonies of UWC ISAK Japan and most recently spent part of his winter break from his Global Liberal Studies at the New York University back home.

When speaking to Kohtaro it becomes evident how passionate he is about the College and its entire community.

“Pearson has greatly shaped my identity. I was exposed to and learned about the reality of this planet in way that I could never have encountered in Japan. Moreover, through understanding and appreciating the diversity we shared at Pearson, I learned how magnificent the world could be. When I graduated, I knew that I wanted to make it my life’s mission to help create a world where we people can cherish diversity as the strength of the community”, he explained when we asked him to put into words the impact his education at Pearson College UWC had on his life.

During his break in early January, he arrived with a big task in mind: creating a 3-5 minute video on diversity in an international school setting that would be used by NYU and Pearson College UWC alike. This could have easily eaten up the entire two weeks Kohtaro volunteered on campus, but that is not really Kohtaro’s style!

After discussing his diversity video with the communications team, together they explored other possible project ideas as well. In true Kohtaro style and grace, he was able to accomplish all five major projects. And, let’s not forget his involvement with students, helping out at the Amazing Race treasure hunt, giving a ‘Life after Pearson’ talk and presenting at a Village Gathering.

As with all our alums, we love for them come back to campus, experience it in a different way than before and applying their special skills. Thanks Kohtaro for being so involved with your Pearson College UWC.