It’s About Being Brave…and Accepted – Part 2 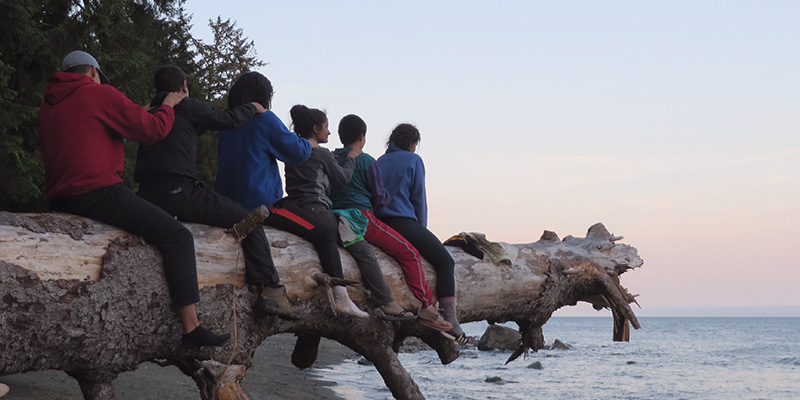 Editor’s Note: This is the second of two stories about the trajectories of post-Pearson Year 45 students (earlier story here). Also in both May and June eNews, are several video interviews (Part 1 & Part 2) with Year 45s around the world who are advancing to further education or volunteer opportunities, individual passion projects, compulsory homeland service or a gap year. We said it before and we’ll say it again, we wish we had the bandwidth to interview every graduating student, especially in this unique year!

Suppose you are a young person from a background during which you’ve already been tested in many ways. You’re tough, resilient; you learned pretty early on how to navigate challenging situations to ensure your well-being and increasingly, how you can use the experience and knowledge you’ve gained to help pursue your budding ambitions to create and participate in initiatives that improve your community or make a tangible difference in your groups or society.

Then, you hear about the UWC and you climb another metaphorical mountain to make it through a weighty application and evaluation process to be offered a place at a UWC school. You indicate your preferences and, maybe you do and maybe you don’t get your first choice, but you arrive one August day on the green and pleasant campus of Pearson College UWC.

Then the real process of building strength of character starts all over again and continues for two years. Welcome, it’s worth it for many reasons.

There are many measures of achievement and excellence and they all deserve to be respected and honoured. Raising and supporting a family, service to community and volunteer organizations, campaigning for social justice, facilitating discussions and advocating for change, creating economic opportunity for individuals and communities are just a handful of examples of post-Pearson good works.

And for many Pearson students another measure of achievement is being accepted into further study at a post-secondary institution – something that can help further any of the choices above. And in many cases, universities are extending full or partial scholarships to help students achieve their goals.

This year, according to Universities Counsellor Becky Halvorson, by the end of May more than 100 universities and other post-secondary institutions had made offers of acceptance to the Year 45 cohort of Pearson students. Within that figure, which has likely increased by today’s publication date, it means that a single institution may make offers to a number of different students and an individual student may also be considering multiple offers from different institutions.

Halvorson noted earlier that many universities are bending over backwards to accommodate student needs and are being very receptive to concerns raised during the current coronavirus pandemic. The institutions, with most of their personnel working from their respective homes in many cases, have been equally responsive to Halvorson and Academic Services and Student Records Coordinator Donna Grunder because they are aware of the qualities of achievement and thirst for learning that Pearson students bring to their schools.

“Overall, in the land of higher education, I am touched by the pace and personal response to my enquiries and thank-yous,” noted Halvorson.

At Bishop’s, a Pearson graduate received the Chancellor’s Excellence Award, at Queen’s, a student was offered the Chancellor’s Award QuARMS Scholarship, recognition offered to only 10 pre-university students. UBC offered students their Centennial Award while the University of Calgary extended its Leaders in Health Sciences Scholarship to a Pearson alum and fittingly enough, a Pearson College UWC student was awarded the Lester B. Pearson International Student Award by the University of Toronto.

Halvorson points out that Pearson College students have been offered the U of T’s Pearson scholarship in three of the four years in which the program has existed.

Nine (non-U.K.) European schools extended offers, including Sciences Po in France, Spain’s IE University, University College Maastricht and Wageningen University in Netherlands, Copenhagen Business School and Bard College – Berlin. In the U.K., eleven offers were extended ranging from the University of Portsmouth in the south of England to the University of Aberdeen in Scotland with invitations from King’s College London and the University of Oxford, among others. Universities in China and Australia also offered placements.

Significantly, at least 56 schools based in the United States extended offers to this Years 45 and 44 Pearson cohorts with institutions including several Ivy League colleges and the “Little Ivies,” such as Harvard College, Cornell University, Columbia University and Yale University, as well as Middlebury College, Vassar College and Williams College.

Outside the northeastern part of the U.S., universities across the country also offered places to Pearson students, including the College of Idaho, Harvey Mudd College, Stanford University, the University of California (including Berkeley, Davis, Los Angeles, San Diego and Santa Barbara campuses) and the University of Chicago. These are only a sample of the institutions extending offers this year.

The outsized number of U.S. institutions is due in part to the Davis United World College Scholars Program, the largest international, undergraduate scholarship program in the world. Cofounders Shelby M.C. Davis and Phil Geier created the program to provide scholarships to talented international students at American colleges and universities, which they hoped would transform those students’ lives, enhance the global diversity of American higher education and – like Pearson’s mandate — help create connections among future international changemakers and leaders.

And just to clarify, not all U.S. institutions that made offers to Pearson students are affiliated with the Davis program.

The COVID-19 pandemic may have changed many things this year, but it did nothing to slow the trajectories of Pearson students beyond the campus along Pedder Bay.

Here is the complete list, as of May 27, of university offers to Year 45 (and some Year 44) Pearson students: