“I want to learn everything I can about this beautiful, complicated planet.” 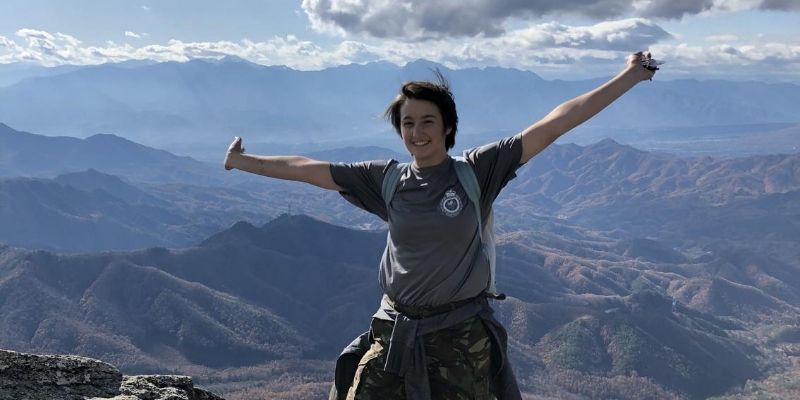 Editor’s Note: This month’s story focuses on the young Canadians who will be attending UWC schools around the world other than Pearson.

“I want to learn everything I can about this beautiful, complicated planet.”

That’s a great statement in just about any context. In an application to go to a UWC school, it’s a declaration!

This fall, and in one case, this coming January for a student scheduled to attend UWC Waterford Kamhlaba in eSwatini, about 20 young Canadians are looking forward to declaring their intentions to leave home to attend one of 13 of the 17 UWC schools other than Pearson. Despite the pandemic-induced disruption of this year, students are excited and families are supportive, thanks in part to the calm, realistic and professional support of National Committee of Canada selection volunteers and UWC National Committee of Canada (UWC-NCC) Executive Administrator Nina Moroso.

“I truly believe that, given the worldwide conditions under which students and families were asked to move forward with the UWC application and evaluation process, this cohort represents some of the most resilient, brave and persistent students we could ever hope for,” said Moroso. “We couldn’t ask for better ambassadors to represent Canada this year.”

Moroso noted that this year’s overseas-bound cohort includes two students who identify as Indigenous and who will be attending UWC Adriatic and UWC Maastricht, respectively. Coincidentally, both are from smaller communities in Alberta and they both will bring interesting backstories to their respective campuses.

One of those students, who lives in the shadow of the Rocky Mountains, has raised their “own flock of sheep since I was 13 years old,” and uses the returns from that endeavour to save for university. As well as living all their life on a cattle ranch, they count as one of the challenges they’ve overcome a multi-day cattle drive that was punctuated by legendary southern Alberta rain and hailstorms.

Both students identifying as Indigenous also proudly note their mixed ethnicities, reflecting a Canada that they will embody around the world. The second young Albertan, who lives in a medium-sized city, works in the community’s multicultural centre and volunteers, with their family, at the regional Caribbean Centre. When not involved in community activities, they are part of the school’s robotics team and has had the opportunity to travel to a partner school in Finland to learn more about that nation’s lauded public educational system.

“The opportunity for young Indigenous people to represent at UWC schools in other parts of the world magnifies the impact for everyone concerned,” added Moroso. “The students from Canada, of course, gain access to a global education based on intercultural and international understanding while their peers – and teachers and others on campus – have the opportunity to learn more about the challenges, celebrations and individual triumphs of being an Indigenous person in Canada.”

Big concerns about the climate crisis, wasteful overconsumption and issues such as the impact of fentanyl addiction on one’s community were echoed frequently in many applications to the National Committee of Canada, but others also identify more ground-level issues they would like to address.

A young Quebecer, for example, created a “greening plan for his street” and submitted it to their local borough council, fashioning recommendations regarding an improved tree canopy and raising the possibility of an urban agriculture strategy. At least two other future UWCers from opposite sides of the country identified the drain of young people from hometown rural areas as a concern that will have an outsized impact on communities across Canada.

A non-resident Canadian heading to UWC Costa Rica established a unique not-for-profit to encourage mentorship and maturity for young men in his city while another established their own entrepreneurial website and also challenged their own introvert inclinations by volunteering to go doorknocking on behalf of a political party during an election campaign.

Many of the students have had the privilege of working on international development projects or to have traveled with family to lands across the globe. But regrettably, there is only one soon-to-be UWCer who used to be a trainer in a circus school.

Parents, extended family, guidance counsellors, school social media and websites all played a role in encouraging students to learn more about what the United World Colleges movement could mean for their future.

And, with optimism and support, we look forward to seeing what these extraordinary young people will do for their communities and the world.