How To Build An Education: Lin Kobayashi Dances Her Way to Change 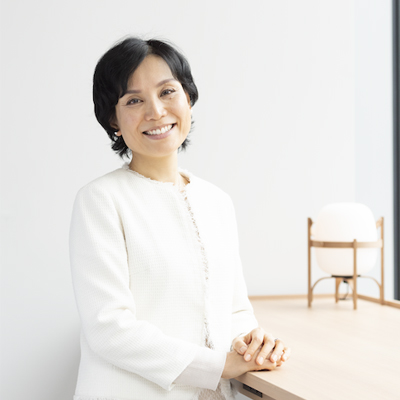 Lin Kobayashi (Year 18/1993, Japan) could never have known the twists and turns her life would take when she was accepted to a prestigious Tokyo high school in the summer of 1990. The smart girl from Tokyo had joined an institution that was famous for sending a quarter of students to the top university in Japan every year. It boasted some of the highest marks amongst high schools in Japan. But something did not sit well with the young Kobayashi and she longed for a different kind of educational experience.

When Kobayashi learned about the United World College system, she did not hesitate to apply. Despite not speaking English, she accepted a full scholarship to Pearson College UWC in 1991. Throwing caution to the wind, she left her studies in Tokyo and took flight to a very different life in Canada.

Today, Lin Kobayashi is nothing like the quiet, shy student she was when she first arrived at Pearson back in 1991. Lin spent more than one year getting comfortable with English. “At Pearson,” she recounted, “I was low-key, super quiet, I spoke very little English and I would hardly ever speak up in the classroom.”

Billeted to Victoria (now known as SȾOḰI) House, she met Yuria Infante (Year 18/1993, Mexico), Karina Bellenziar (Year 17/1992, Paraguay) and a group of other Latin students in her dorm. They quickly became friends. She was relieved to learn they also struggled with a common language. Not only did Latin students welcome her with warmth, they also taught her to dance. Kobayashi learned the merengue and salsa with enthusiasm.

“Before anyone came into the common room, we would grab a stereo and put on our Latino music…those were the only moments when I could be myself.” She recalled.

Kobayashi took Spanish as her language elective, and quickly fell for the language and cultures introduced to her by her Latin American friends. That year, she went to visit Yuria’s family in Mexico City and then she returned again for Christmas to stay with the family of Yuria’s second year, Omar Cervante (YR17).

During her trips to Mexico, Kobayashi realized with alarm that the middle-class lives of her host families contrasted sharply with the extreme poverty on the other side of the city. She recounted how Omar’s uncle took her to visit a slum on the outskirts of the city. It was an experience that changed her life.

Years later Kobayashi found herself working with UNICEF on basic literacy education and vocation training for street children in the Philippines. For the second time, she experienced the inequities of trying to educate children from city slums, while being acquainted with friends who lived in mansions with domestic staff.

“The wealth disparity was severe,” she recalls, adding that many of the families worked with could not even afford a ten-dollar uniform for their child’s education. “I realized that educating the poor is critically important, but unless we also educate leaders to be socially aware to take action and improve the state of the world, then this [disparity] will persist.”

Kobayashi spent years mulling over how to make the kind of impact she knew would make a big difference. One day she was discussing the problem with friends and someone brought up the idea of starting a school back in Japan.  An idea was born and Kobayashi began to engineer her return home.

Unfortunately, her road to creating a new school of leadership education was not smooth. Upon arriving back in Japan, the global recession of 2008 stole any certainty that the school would become a reality. Yet Kobayashi and her committed colleagues were undeterred. In 2010, ISAK (International School Asia Karuizawa) began a summer school program and the institute stared to gain its international reputation.

Then in March of 2011, the Tohoku earthquake struck. “This project is over,” she remembers thinking as she saw the destruction on Japan’s east coast. Miraculously, the opposite happened. Instead of seeing the demise of ISAK, the majority of funding for the school was actually donated after the 2011 earthquake. “More and more people began to see that we needed to prepare our children to live anywhere on the planet, to stand on their feet and think outside the box.”

It took years of hard work and persistence, but ISAK finally opened its doors as Japan’s first fully international boarding school in 2014. Roughly 70 per cent of students now come to ISAK on scholarship, a feature that allows students from disadvantaged backgrounds to attend and sets ISAK apart from other exclusive international boarding schools.

Additionally, ISAK represents educational reform, something that Kobayashi thinks has long been needed in Japan.

“I felt that the [Tokyo] high school I attended was really just prepping me for exams. To be excellent at exam scores, you need to be moderately good at everything. But only a handful of people are good at everything. The majority are not, including myself! If the government is serious about allowing everyone to live their potential to the fullest, we have to change our education, we have to be more personalized and more individualized. Our children need to not only solve the problems that they’re facing, they must be able to identify the issues and set the agenda themselves.”

ISAK joined the UWC family in August 2017, and the school is currently one of the newest additions to the UWC system. Could Kobayashi have predicted this outcome 30 years ago? Perhaps not, but the creation of ISAK was influenced by her experience and her friendships at Pearson College. She started as a shy new student who learned new languages with new friends. She learned to dance. She saw that change was needed around the world. When this was combined with her determination and will, it created a swirling, joyous expression of meeting and parting, a dance that is now open to all.