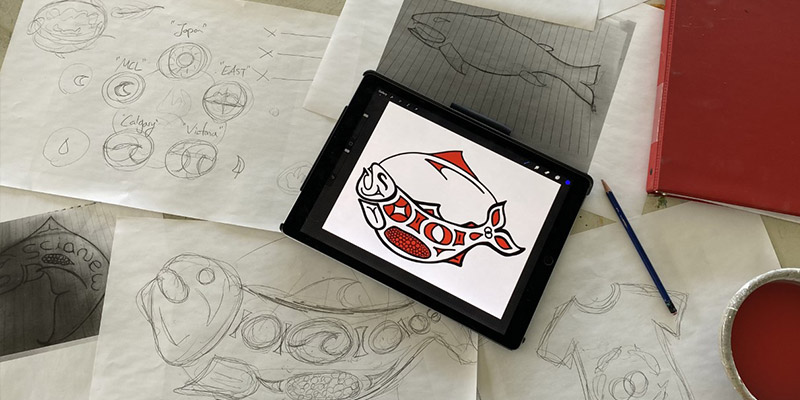 Editor’s Note: The story below was written in the wake of an announcement by the Tk’emlúps te Secwépemc First Nation of the discovery the remains of up to 215 Indigenous children buried on the grounds of the closed Kamloops (British Columbia) Indian Residential School. It is difficult to imagine a story with a more poignant impact than this and though it may be difficult to read about, we invite you to learn more about the history and troubling legacy of Indian Residential Schools by reviewing the Reports of the Truth and Reconciliation Commission.

As a boarding school whose students are privileged to live and learn on the unceded territory of the Sc’ianew First Nation, we at Pearson mourn together with the Tk’emlúps te Secwépemc Nation, with Indigenous peoples and with the millions whose hearts have been touched.

This tragedy prompted soul-searching and questions about what individuals and organizations are doing to take action on reconciliation with Indigenous peoples and nations. During a discussion about the tragedy, Pearson Board Director and Kwakwaka’wakw, Kory Wilson observed moving from words to deeds, turning the College’s Indigenous Reconciliation Action Plan into actions is reconciliation – a journey of many steps.

One of our steps on the journey of reconciliation is the restoration of SENĆOŦEN language names and appropriate iconography to the Pearson campus located on the unceded territory of the Sc’ianew First Nation. SENĆOŦEN, also known as Saanich, is the historical language spoken by the original inhabitants of the Saanich Peninsula of southern Vancouver Island and islands in the Strait of Georgia, including the Sc’ianew.

Recent discussions with Sc’ianew First Nation Chief Russ Chipps brought about the gift of his sketches – imagery of salmon, inspired by the Salmon People as the Sc’ianew and Coast Salish peoples are known – and soon afterwards, the SENĆOŦEN names for five different species of West Coast salmon.

We at the College were invited by Chief Chipps and Sc’ianew Elders Rick Peter and Hank Chipps to use the sketches as the basis for creating specific graphic design treatments to represent each of our five student residence houses while introducing and honouring the trustees of the land upon which our campus is located.

Theatre and visual artist, Pearson faculty member and Residence House Buddy Lucas Olscamp, together with Pearson Houseparent and professional graphic designer Berenice Sanders took on the challenge of working with students – two representatives from every house plus others with an interest in Indigenous matters and visual arts – and, in the course of a couple of weeks before students left for the summer break, shepherded their ideas and creativity.

“It was an incredible experience,” Lucas told a recent meeting of the Indigenous Reconciliation Action Plan working group.

“The design consultation meetings were awesome…there were four gatherings at a round table that generated critical discussion about what are these signs, how do we re-envision not only an Indigenization of the house designs but also a reimagining of the culture around the house designs,” added Lucas. “The initial idea, the template that idea of the five Pacific salmon that is all credit to the work of…Chief Russ Chipps and the Elders.

“After those intense working sessions, we then had a lottery to fairly allocate salmon names randomly to each house. The bulk of the heavy lifting, of the creative design labour was done by Berenice who is an incredible graphic design artist – she’s been working very hard to transform our imaginations into concrete images that will be replicated in wooden signs on the houses and presented in multiple different ways…with the permission of Chief Chipps and the Elders.”

Consent and trust are critical elements in the reconciliation journey. That’s why we are not introducing the imagery together with story. As of this writing, a meeting has not yet taken place with Chief Chipps and the Elders to receive their approval of the final designs.

“There really was an incredible response from the entire community – faculty support was enthusiastic – and students are keen to use the SENĆOŦEN names,” said Lucas.

Each house has a name, visual design natural elements (e.g. sun, wind, the land, etc.) in addition to the salmon imagery and a specific colour palette. “Inside” each salmon, there are common elements to all five to honour the house resident students and visually suggest those who support them, such as Houseparents.

We can’t wait to share the imagery and the names with you, at the appropriate time and we look forward to hosting a post-pandemic community celebration with the Sc’ianew First Nation.

The journey continues and the work to bring planning to deliberate steps does not stop over the summer with regular Reconciliation Action Plan working group meetings, the recruitment process to welcome a new Director, Indigenous Initiatives and Engagements position and the recent appointment of a campus resident Indigenous Students Wellbeing Coordinator are positive steps. A recent review by the UWC National Committee of Canada executive coordinator and NCC volunteers to complete a review of student application materials to identify and correct any barriers to Indigenous students will be in place for the upcoming application period.