The Long, Twisting Road to Pearson 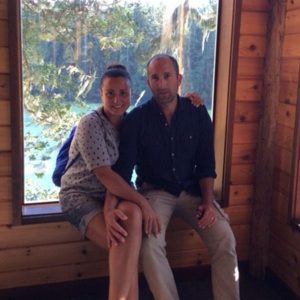 Shefa Siegel admits it up front during an interview. “I’m unfamiliar with being on the receiving end of the questions,” he laughs, speaking on the line from UWC Adriatic in Italy.

Siegel, who will take on the dual role of Global Politics teacher and Global Affairs Program Coordinator at Pearson College UWC for the coming academic year, has – among other things — done a “bit” of reporting and writing in his life. For example, he is a published author, with essays on environmental ethics, music and religion in Ethics & International Affairs, Haaretz and Sojourners and has written, in the past, for B.C.-based online news journal The Tyee.

Add things like collaborating on works with noted Canadian anthropologist and author Wade Davis to the mix and you realize that Siegel’s writing and reporting goes hand-in-hand with his other passions. He also brings 16 years of experience in international affairs, specializing in environmental ethics and economic development and has conducted fieldwork in more than a dozen countries such as Guinea, Guyana and Ghana.

During 2018-19, Siegel will be implementing and teaching Pearson’s first IB Global Politics and related courses. He will also work closely with people from across the community to coordinate and enhance the College’s Global Affairs Program, including speakers’ series and workshops led by external experts and our own community members.

“The idea came to me a long time ago that I wanted to teach at Pearson,” says Siegel. “We’re all trying to find our own way home but sometimes you have to take the long way around to get there.

“For me it was an idea that started when I was writing my doctorate. I moved to Victoria to write and think. While living here I had the idea that it might be nice to teach at Pearson. I started getting interested in the style of teaching at Pearson and the UWCs and I had that experience in running into recruiters in the airport in Uganda.”

Wait. The airport in Uganda? Tell us more.

“In 2006 I was in the Entebbe airport about to return home from a mission for the United Nations Development Program, when I saw two women waiting for the flight, one of whom had a Canadian flag stitched onto her backpack. They were, it turned out, recruiters for Pearson College.

“During a 20-minute conversation I realized they were working toward the same internationalist ideals as me, it’s just they were enjoying it a lot more! My desire to teach at Pearson was born, and it took just 12 short years to realize!

“I couldn’t be happier about joining the faculty this autumn to work with students, teachers, and staff on the project of dedicating ourselves to peace, reconciliation, and sustainability, renewing the vision of Lester B. Pearson by helping make the College a centre for the politics of global cooperation.”

“I’ve been teaching both philosophy and global politics here – it’s the first time Global Politics has been offered here so I’ve opened some doors.”

Siegel is careful to caution that he does not yet have an on-the-ground familiarity with Pearson and that tempers his comments about the opportunity to tackle the Global Affairs Program.

“To me, in terms of bringing in speakers, not just at Pearson but at any place, the question I’m trying to figure out is how you do that in a way that is legitimately meaningful? In an educational community specifically, there are so many of these speaker series at universities and different places…the question I’m really interested in is, ‘how can you bring meaning to a community by bringing in people to focus on certain topics?’

“What I’m really interested in is, how can we utilize whatever the Global Affairs Program becomes – and I don’t want to speak out of turn and say what I think it’s going to be – but can we bring really interesting people to campus in such a way that they help us work on or clarify something that is of interest to us, to students, and is in an area in which we have questions or we have somebody who is really expert in that area and can help us better understand (an issue)?”

Siegel adds he would like Global Affairs to be a way of introducing students to people who can, “stoke their idealism and give them a sense that there is great stuff going on out there that they can participate in and not to surrender to this dark moment of cynicism and corruption.”

“Giving them an inspiration is one great thing but we (also) have to give them tools and knowhow that they can really hold on to in a practical sense too.”

Whether through intention or coincidence, Siegel found a life partner in Sardina native Micol Joanka Medda who is equally excited about joining the Pearson community.

“Getting married to a wonderful woman about a year ago – we met two years ago – it turns out she’s crazy about Vancouver Island. She’s been there three times already – she thinks it’s just wonderful.

“To her, Vancouver Island is just a slightly-colder Sardinia!” says Siegel. “Micol loves to be surrounded by the sea all of the time. So geographically, because of the semi-Mediterranian environment, she feels really comfortable there. She really enjoys the people, my friends and the people I know in the area.

“Micol had this amazing career in theatre and film – as a costume and set designer and illustrator. When we met, she was running a costume design laboratory for a theatre in Florence. Her focus in the lab was teaching secondary school students how to design, how to make things – this ‘dying’ art of designing and making the costumes by hand. The laboratory is trying to perserve the art in many places that do not practice it any more.”

“Like my work in international development, theatre work is for young people. You are just running and running all the time so the opportunity to be in (the Pearson environment) is exciting!”