From War-Torn Syria to the shores of Pedder Bay 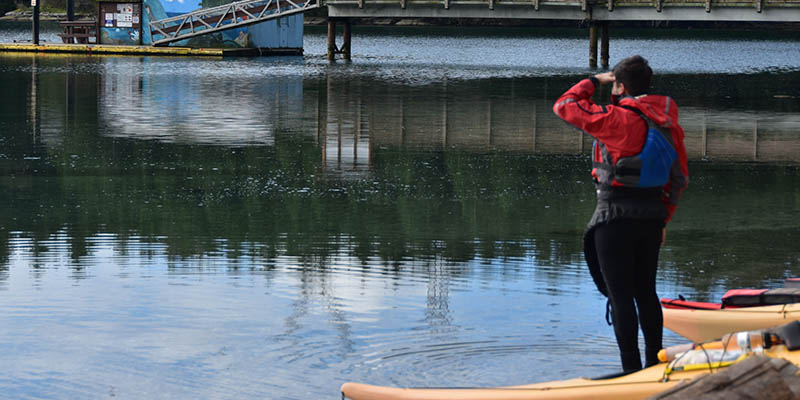 “My city is caught between the crossfires. In the month before I left my home, my family and my country, there were more than 30 missile attacks on my city,” explains Tammam (YR44/2019, Syria) with a haunted look in his eyes.

One day he was on his way to buy groceries with his mother when a neighbouring house was hit in an attack. Time seemed to have stopped. Where there once was a building, there was only rubble, destruction and death. Then he noticed the screaming. Among many other residents, he and his mother ran back to their house, searching for his sister not fully comprehending if his home or another building was destroyed. What probably took only a few minutes, felt like a year to the young Syrian man. After imagining the worst, Tammam and his mother were reunited with his sister, who was unharmed.

Before coming to Pearson College UWC he lived a “normal” Syrian life. Whatever can be called normal during war that is. “I was very busy with school, volunteer work, drawing, family and theatre.”

“I was sometimes safe, sometimes not. But you cannot stop your life”, Tammam goes on. “Life would not tell you to stay home and you would be safe. You have to be strong and keep going on. It is upon yourself to study, go to school, to improve yourself and be in touch with your family. Life will not wait for you.”

The night before leaving everything he knew behind, was the worst night in Tammam’s young life.  For six hours during the night the warring sides had attacked each other constantly.  The mountains surrounding the city where alight from the bombing and active fire. At 6 am, Tammam left his house to be driven to an airport in Lebanon. “I made this journey by myself. I wanted to be strong for my family and not show them that I was scared,” Tammam adds.

For three days, Tammam travelled from Lebanon, to Germany, to Vancouver, BC and finally Victoria. “I was very, very tired and worried. It was my first time flying and I was alone.” The authorities at the airports took him aside each time, questioning his papers and his intentions. “I was wondering constantly, what would happen if I didn’t answer their questions correctly,” he admits.

When he finally arrived at the Victoria airport, with as little as two hours of sleep at a time, Tammam was picked up by faculty member Samuel Perez and a group of students. Exited and eager to welcome the newcomer, students engaged Tammam in the car, telling him about Pearson College UWC, asking about himself and his journey here. “I found it so difficult to understand all their different accents and being so tired, I felt it challenging to switch from Arabic to English,” Tammam laughs.

Due to delays with his visa, Tammam’s arrival was delayed until after the start of this academic year. “Classes had started already, students had formed bonds and I was the newcomer, the outsider. It felt like uprooting a tree and replanting it in a different country,” he describes.

“I was so glad I was finally here, after everything that happened in my life. It was my dream come true, but I felt like a stranger among the community.”

After a month, things started to fall into place. Being involved in MESA (Middle Eastern South East Asia) Regional day in November, Tammam felt like he had really arrived. “People started hugging me. I felt welcomed and much more comfortable,” he smiles.

Now, long since settled in, he is really doing what he always wanted: Furthering his studies, being creative and learning about the world and its peoples. Coming to Pearson College UWC, Tammam learned to think outside of the box. It allowed him to grow from a local citizen into a global citizen, volunteering with foundations, leading workshops, engaging with the community. “I had done the same work back home before I came here. I now understand the bigger picture much better.”

Then he adds, “I feel safe here, but not safe enough. My family is such an integral part of me and they are not safe.” To keep the connection alive and out of need to know they are safe, he phones them regularly for brief moments each time just to hear their voices making sure they were okay, at least okay for the moment.

What the future will hold, he is not yet sure. “I have many dreams, I would like to study in Canada or the U.S. For the last twelve years I wanted to study medicine, but coming here, I realized that that was not my true passion.  I feel strongly drawn to arts or biology. I want to follow my dreams, but I can’t just leave my family back home, every day worrying that something could have happened to them. “

“I don’t know what the future holds, but let’s hope for the best,” Tammam muses.