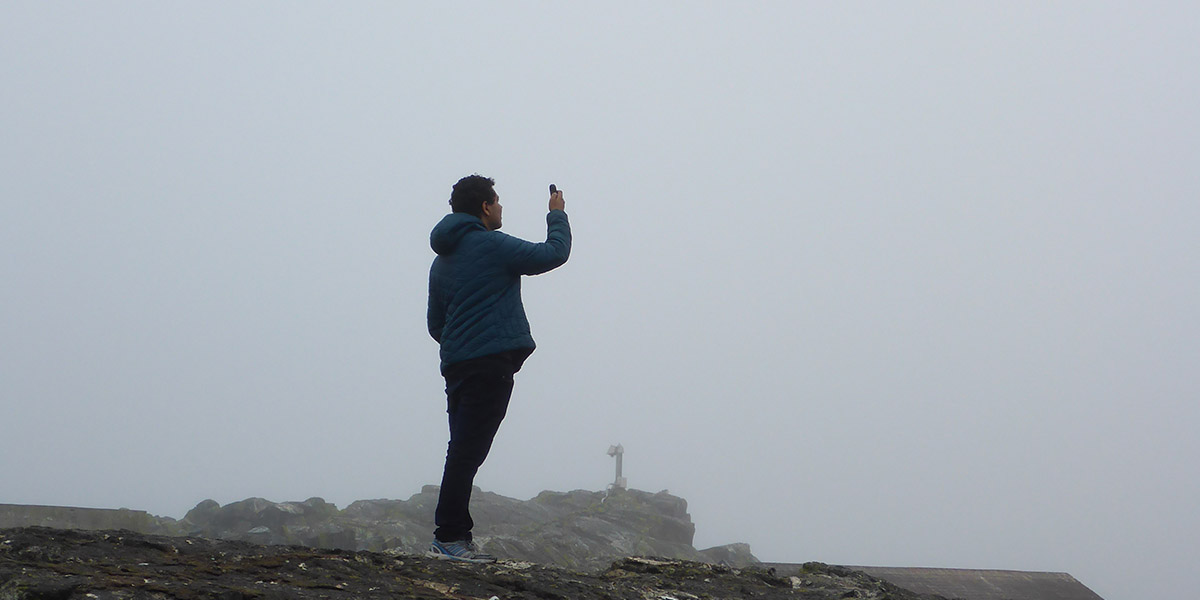 It’s a common assumption that every student at Pearson College UWC gets out onto and into the Pacific Northwest coastal marine environment, given our campus location along Pedder Bay and our long association with Race Rocks Ecological Reserve.

An assumption, but not entirely accurate. Faculty members Laura Verhegge and Christie Johnson are doing their best to change that.

“Christie and I initiated a new CAS activity called ‘Coastal Biodiversity’ with the intention of exposing more students than just those in (IB) Marine Science and Biology to the incredible coastal ecosystems that surround us here at the College,” said Verhegge.

Strictly speaking, Coastal Biodiversity is more than simply a CAS (Creativity, Action and Service) activity, it is an outdoors, experiential-based learning opportunity.

“I think every student who comes to Pearson should take a version of Marine Science, maybe not the IB version because it is a course and they often need to do other sciences” noted Verhegge. “But living here, in this very special place, it is a way Christie and I thought we could expose more students to the coastal ecosystem we are living in.”

She added that, to the best of everyone’s knowledge, this is the first time this has been done at Pearson.

“That’s hard to believe — I know,” exclaims Verhegge who added that the Coastal Biodiversity course has so far drawn a, perhaps surprising, cross-section of a dozen first and second-year Pearson students.

“It’s interesting because the students who are in the activity, some of them are in Marine Science – some of them are second-year marine scientists, even but they find they are doing different things in this Coastal Diversity Course.” 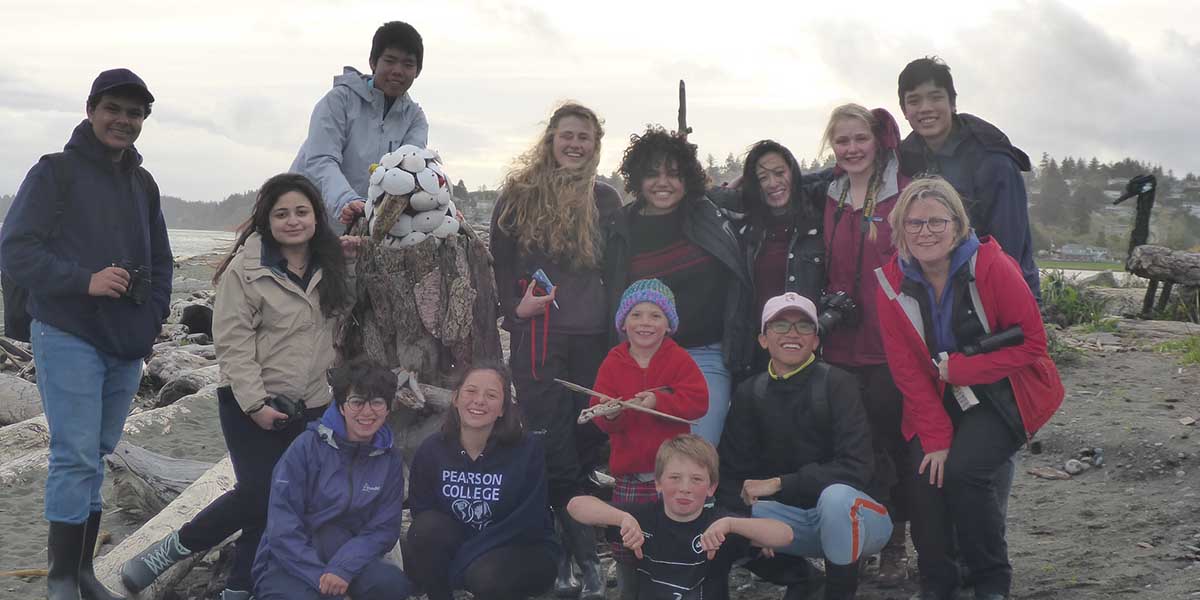 Conducted once a week, the class always assembles outdoors and heads to a different marine location, be it the floating building docks to study plankton or a specific type of nearby coastal environment to observe the shorebird community.

“We’ve been to a bunch of different places,” said Verhegge. “In the first term, we just wanted to expose them to as many different coastal ecosystems as possible.”

A short, initial excursion resulted in some interesting findings.

“The first day we went on a walk through the Pearson forest and (we discovered that) some of the students weren’t able to identify any of the trees. Some of them…they’ve been here for a year and a half and didn’t know an Arbutus tree or a Douglas Fir — so that was huge and eye-opening for them!”

Again, there may be an assumption out there that suggests if you live in an environment, you know that environment very well. But that is not necessarily that case, regardless of whether you are a Pearson student, adult, volunteer, resident or staffer. But a little exposure goes a long way.

“Now, some of the students have a plan to make a map that will introduce all the students (and adults!) to local tree species. That would be brilliant!”

Esquimalt Lagoon and the Charters River Salmon Interpretive Centre (Juan de Fuca Salmon Restoration Society) were also stops for the Coastal Biodiversity group but the highlight was a late October CAS week on Race Rocks examining the complex biology of that unique environment. Students literally did daily, sometimes up to hourly, observations of specific micro-environments and recorded changes over time. Even over as little as 48 hours, they were able to observe and record changes that impacted the biodiversity of these sites. 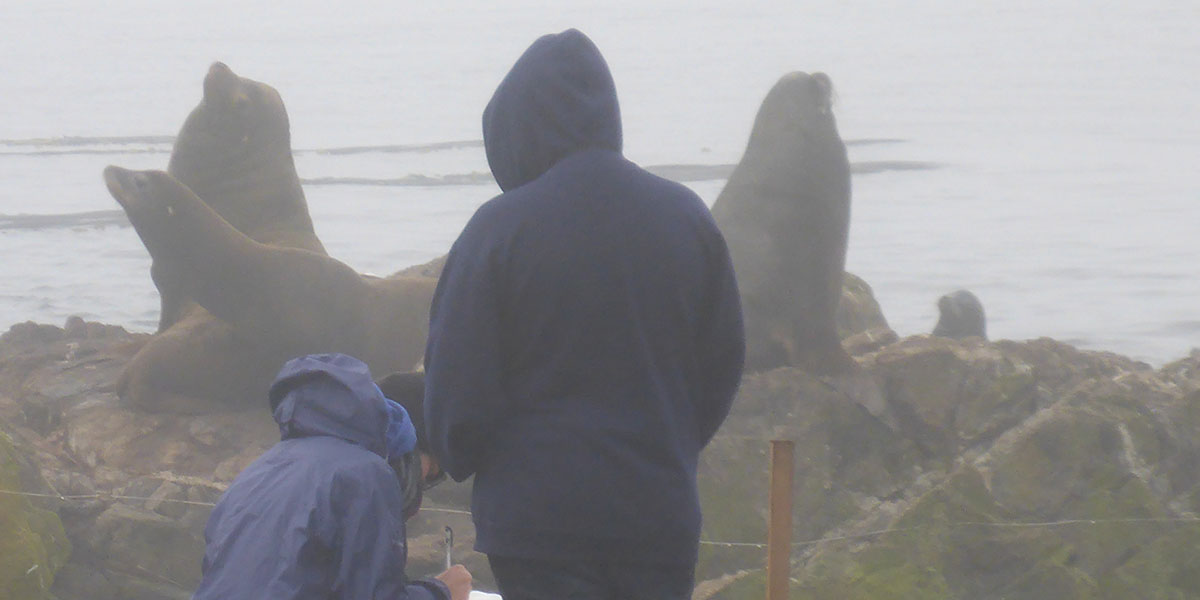 “With things like pipeline development coming in (that will result in additional tanker traffic in the Salish Sea) that is going to show changes at places like Race Rocks,” said Verhegge. “When we were at Race Rocks we did a daily census at 10:30 and 3:30 – so the students would go to different locations on the island and quantify the birds and mammals and we could see changes over two days. Sometimes we did it every hour to see the changes and it was brilliant.”

“Ultimately, what I would like to do is, seeing as the first term is exposing them to different habitats, in second term, I’d like them to make a plan where we actually go back to some of those places – maybe we choose two or three of them, and we go back to look at the biodiversity and record some of the data.”

Even if the data is more anecdotal that rigidly scientific, Verhegge points out that capturing changes over time helps build our collective knowledge of the long-term impact on these environments.

“It was so eye-opening for them and unless they were in this activity, they would never have experienced that,” Verhegge said with characteristic enthusiasm. “It’s all quite exciting and just part of my ‘master plan’ to get more students learning about this magical place where they spend two years!”