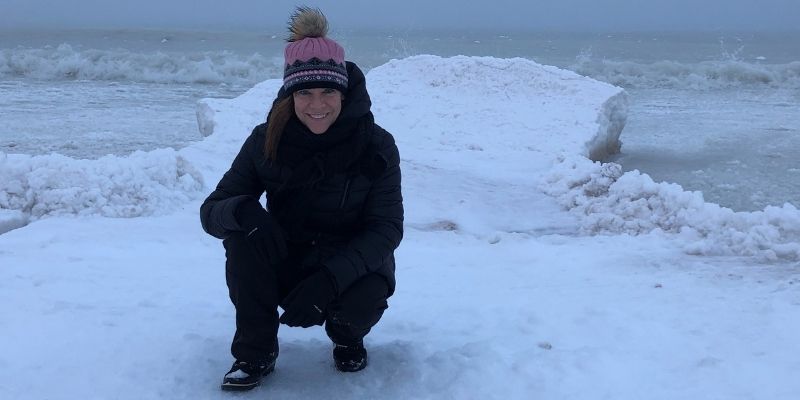 For Pearson alumna Chantal Delorme (Year 11/1986, Canada-QC), memories of her time on campus have never faded. She wants to make sure this same experience is possible for youth today. By including Pearson in her estate plans, she is helping to secure the future of the College.

We recently invited Chantal to share with us the impact of her Pearson experience:

How did you first hear about Pearson?

I was in my second–to–last year of high school at the time, and I knew a girl who was a year older who had decided to apply to the College. She showed me the pamphlet, and when I looked at it, I said, “Oh my God, I want to do this! Next year I will apply.” She didn’t get to go, but next year I applied, and I was the lucky one to go to Pearson.

How did your parents feel about sending you so far away to school? 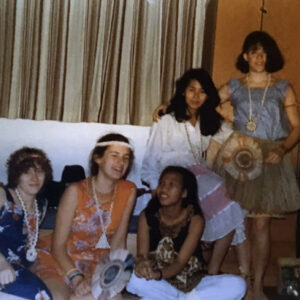 This is a funny and sad story in a way, because I have a twin sister. We both applied to UWC, and although I got accepted, my sister did not. My parents were happy for me, but it was a bit awkward, because my sister really wanted to go too. At that time, the first four students from Quebec who were accepted went to Pearson with a full scholarship, and the next two students went to Atlantic, but with a half scholarship. We learned, thirty years later, that my sister had actually been accepted to Atlantic College! But because my parents didn’t have the money to pay for the other half of the tuition, they never told us. My sister always looked up at the chance I had to go to Pearson.

Was Pearson how you expected it to be?

Oh, I think it was higher than my expectations. When you’re 17, you have expectations of what you see in the pamphlet. But when I got there, everything was better than what I had imagined. It was two of the best years of my life, really. It was a bit like being reborn. I mentioned I have a twin sister, so I was always like one half of a whole. At Pearson, for the first time in my life I was one whole person, with 200 other whole persons together.

I remember, I spoke French and English, but one of my roommates was from Indonesia. She knew very few words in English, she had a little dictionary with her. There was one other person on campus who spoke her language. I remember looking at her and thinking, “How is she going to manage?” But we managed! For the first few days, we communicated with signs, communicated with our eyes and with gestures, and she learned to speak English. That was amazing.

Did you have a favourite class or teacher who stood out for you?

I loved my Philosophy teacher, Suzanne Tremblay. For the first two days after I arrived at Pearson, I was a little homesick. That feeling didn’t last long, but I remember Suzanne came to check on me, and she said, “You know, the first few days can be difficult.” I thought, “Wow! A teacher comes, right to my room, to tell me that?” She was from Quebec, so she probably came to see all the students from Quebec because she had that special bond. I thought it was so incredible that she took care of all those students without even knowing us yet. You don’t see that in big schools. That’s a big thing.

Do you think your Pearson experience influenced your future path?

Well, I’m an ophthalmologist, and for the first part of my career I worked in a big hospital affiliated with a university. But now I work in a remote area, the Magdalen Islands. They are a group of little islands, part of Quebec but further east than the Maritimes. It’s very remote, we have to go by plane to get there. It’s a small community with strong bonds, similar to how Pearson College is a little community on the waterside where we volunteered in the nearby community. I think Pearson inspired me to work in a small community where everybody knows each other. I think it inspired me, really, to orient my career and go to places where nobody wants to go to work – remote places where people need help.

I know you have two children – has your Pearson experience transferred to them?

They know that it was the two best years of my life, that they know! I say that a lot. I talk about my roommates, and the countries they lived in. I had a roommate from Kiribati. I remember my son, in fifth or sixth grade, had to do a homework assignment about another country. He picked Kiribati – not a lot of people know about that place! Other children chose countries they had heard of, like Germany or England. But Kiribati? When my son did his presentation, he said, “My mom lived for one year with a woman from Kiribati Island…” That was pretty special.

Another aspect is that one of my sons is different from most people, being diagnosed as an Asperger, which has not always been easy. I think being at Pearson helped me learn to really see people – not see the differences between people, just to see whole people. You see them inside. You don’t see the colour, you don’t see their religion, you don’t see their country – I mean, you see it, but you see the person as a person. It has been many years of work to try to be the best mom possible, but I think that Pearson helped me to look at my son more as a whole person, trying to see his strengths instead of his differences, see just the inside and the beauty of my son. I think that helped me a lot in our relationship, and to help him the best I can. As of today, my learning at Pearson still helps me deal with the differences between my son and I, or any differences between any other person and myself.

Why is it important to you to be able to give back to Pearson? 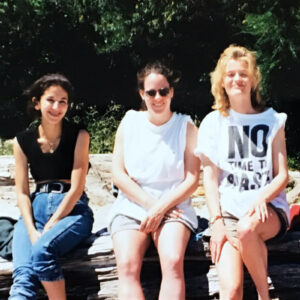 I believe in education, obviously, and at Pearson the teachers were incredible. We had a quality of education that was better than we could imagine. I saw my kids going through the same levels at school, but it’s not really the same. At Pearson we knew our teachers and they knew each one of us personally. We had contact with them in the activities (I did Ukrainian Dance and Sea Rescue), and teachers would invite us in little groups to have dinner or to have conversations. It’s something that’s really a privilege, that wasn’t like a regular school.

I had such a great experience in those two years. I wish that so many more people could live the same experience that I was lucky to live. I think we need to help the College, and I think the alumni are the best people to do that. We had this experience, and we know that we want to give others the chance to do the same thing we have. So that’s why I want to give to Pearson, because I think as many people as possible should have this opportunity and when they do, they take it back home to their countries and throughout their lives.

How did you decide to leave a bequest to Pearson in your will?

I created a will before my kids were born, and then updated it a few years ago. I decided at that time to include Pearson in my will. Perhaps the way I give will change as I get older (maybe my kids won’t need as much support as they grow up). But for me, even though my kids are still quite young, it was important for me to include Pearson. That tells you how strong the bond to Pearson is for me.

I think the message you have from me is that Pearson was one of the best moments of my life. It is going to follow me until the end. I still dream of Pearson – I dream regularly of Pearson. I never dream of high school or university, but I dream of Pearson. It is a time that I am going to carry with me all my life.

Join Chantal by supporting Pearson with a future gift

A legacy, or planned, gift is a donation you plan now that supports Pearson College students in the future. Anyone can make a legacy gift. The amount doesn’t matter. Supporting a cause you cherish, leaving a legacy of values as well as funds, does matter. It is one of the most important things you can do to build the world you’d like to see. You can learn more about planned gifts to Pearson here.

We are happy to discuss legacy giving options with you, and answer any questions you might have – please feel welcome to reach out at any time: 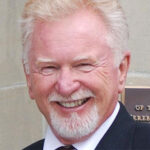