Challenging and Uplifting Discussions About Race 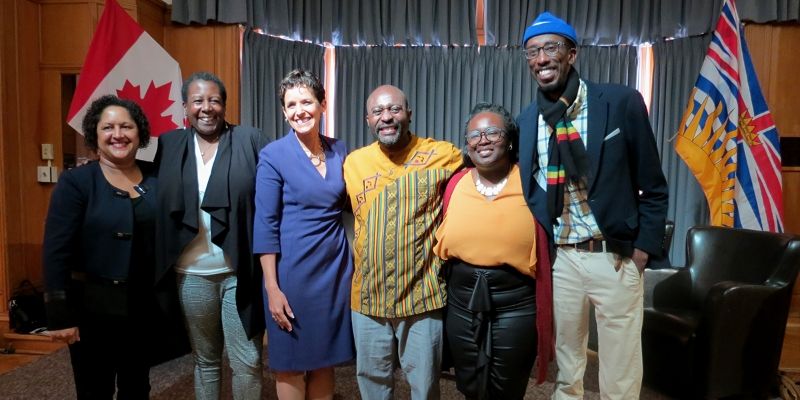 At Pearson, on the unceded territory of the Scia’new First Nation, we talk a lot about the UWC-based commitment to intentional diversity.

We take pride in our community, drawn as it is from a rich mélange of cultures and lands. We have hosted many intense and dynamic discussions about Indigenous rights and Reconciliation in this country and many of our students have individually spoken out courageously and forcefully during recent regional and national actions to demonstrate in support of true nation-to-nation talks between Indigenous communities and political leaders.

But none of this exempts us from engaging in critical analysis about how race, culture, oppression and celebration impacts our thinking, our campus and our communities.

In fact, given the makeup and the structures of our campus and wider community, maybe that means there is even more of a need to discuss this topic and the issues that flow from it. And from that, given our mission and community, perhaps this gives us the pause to consider how we can, and should be, thought leaders on the natures and the constructs of race in an educational context.

That’s a lofty and perhaps, a long-term (but not unrealistic) goal. Right now though, each and every day, students and all community members are – formally and through witnessing the actions of those around them — absorbing the lessons and learnings of race, culture, oppression and celebration. It’s impossible, and irresponsible, to ignore.

In December, for example, the College invited Dr. Sandrina de Finney from the Faculty of Human and Social Development at the University of Victoria (UVic) to host a workshop and listening consultation with students, faculty and staff on the issues of race, racism, racialization and intercultural relations at the College.

In her findings de Finney, who is of Indigenous heritage, noted that participants, “identified many positive outcomes and benefits to learning in a vibrant, diverse multicultural global community.” But, she added, “bringing multiple cultures together does not in itself address or resolve issues of racism and racialization that exist in various forms in all societies, and that are historically entrenched in white western settler states such as Canada and the U.S.”

She encouraged productive discussions that included, “the importance of taking respectful risks, being uncomfortable and accountable to each other, and committing to brave, generative discussions about what is being experienced and what is needed at the College when it comes to race and racism.

“Our consultation emphasized that this work is difficult yet incredibly timely and important” and that the discussion warranted further time and space.

“We invited the Pearson community to co-create brave spaces, where we can have honest and productive conversations that aim to shift racial formations in our community,” she noted. “These conversations will be difficult and loaded yet are still necessary and vital to holding ourselves accountable, intervening into racism in all its forms, and planning long-term for anti-racist education. We hope this vision can be embedded throughout campus life, curriculum, staff, faculty and student orientations and relations, recruitment, ongoing training, and daily practices.”

De Finney, together with colleague Dr. Devi Mucina, director of Indigenous Governance at UVic, followed up at a February Village Gathering Special Topics session to lead a presentation and discussion on Race and Oppression. Using the template of relations between Indigenous peoples and the “settler state” and topics ranging from decolonization to micro-aggressions to white fragility to truth-telling in an uncomfortable context, the generated robust discussions that were still going on three hours later.

Such discussions and community actions are generated from across the College community. For example, campus resident and Community Events and Partnerships Manager Angela Gatari helped connect some of the dots between community concerns and discussions about race and how that echoes around campus with leading educators such as de Finney and Mucina who help the entire community better understand and act upon issues of race, ethnicity and heritage.

Gatari was also asked to participate in a panel discussion on Celebrating Black Excellence at nearby Royal Roads University to mark Black History Month during February. A cofounder of the sponsoring organization, the RRU Afro-Heritage Association, is Ruth Nakalyowa, a Davis UWC scholar who attended Waterford Kamhlaba UWC of Southern Africa who has volunteered with the UWC National Committee of Canada and currently works as a part-time Advancement Coordinator with the College.

Nakalyowa, who has published articles on subjects such as bridging the gap between employers and international students, and is active across the community describes the association as a way to promote Afro identity, belonging and pride at Royal Roads University…” The panel brought together five individuals who shared their experiences about being Black in a relatively small west coast city.

Born and raised in Victoria, Gatari discussed her experience as a relatively new employee of the College and her experience growing up in one of the relatively few Black families in Victoria at the time. She took the opportunity to talk about the multicultural and multiracial environment of the Pearson campus.

“Pearson College is a place of intentional diversity but what we (Angela, her partner and two sons) have realized is that just putting people together in the same location makes it visibly diverse but doesn’t necessarily address issues that come about,” she said. “You can’t just put people together and expect them to figure things out, there has to be conversation and we are having a conversation (at Pearson) tomorrow about race and oppression.

“The conversation has definitely come about because of this intentional community.”

Gatari, whose on-campus family home is welcoming to all students and has become a meeting place for Pearson students from Africa and others of African heritage, added that, depending on where they are from, many students may never have lived in a diverse community or have never lived in a community as a “minority.” She said the conversations about race and oppression have to happen everywhere to be effective.

Gatari emphasizes how crucial educating colleagues about your background can be. “(I found) it is important to share your story, to inform other people about your heritage. It’s an ongoing education, it will be lifelong, but it is better than keeping silent.”

Conversations, some of them demanding of participants, are happening all over campus and many of these are informing the creation of a Reconciliation Action Plan at the College. As noted in last month’s Pearson eNews, several one-day forums are continuing, drawing a cross-section of the campus community.

Consultant Marcia Dawson, who is coordinating the development of the Reconciliation Action Plan, acknowledged that, while it may be challenging to separate these conversations from the strong emotions and airing of historical wrongs currently being played out across Canada in the form of demonstrations and protests, the work going on at Pearson is important in created improved educational journeys for Indigenous students.

For all these thoughtful and frank conversations about the opportunities and the challenges of living in a multicultural, multiracial society, celebrations, both spontaneous and planned, break out all the time. Spend a joyous evening singing and laughing with students who come to Pearson from Latin American countries, for example.

Or, pop in to a rehearsal for One World, coming up in March. Or, if travelling to Victoria is out of the question, read faculty member Paul Faber’s thoughtful discussion of why One World performances have an impact well beyond the stage. (And keep any eye on our social media channels for a special announcement about One World, coming in the next couple of weeks.)