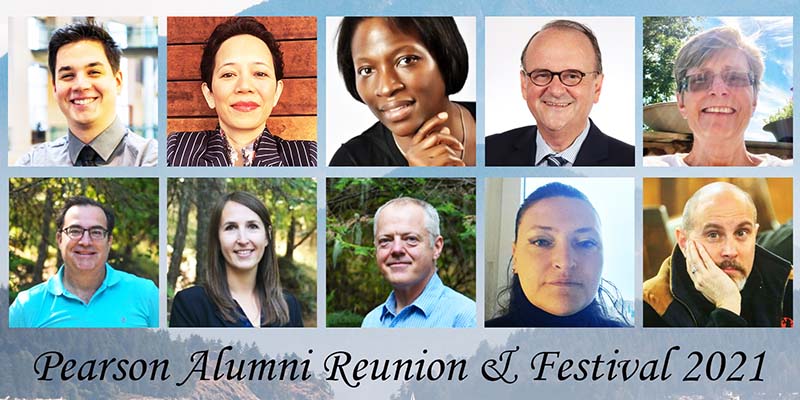 Created and co-hosted by alums Analisa Leonor Balares (Year 19) and Edouard Bourcier (Year 39), Pearson Alum Reunion Fest is one of the alumni initiatives incubated in the PCAA, and co-produced in close partnership with both the PCAA and Pearson College UWC.

Talks are afoot on a possible holiday/winter reunion fest. For more details on the event, as well as info on more alumni initiatives incubated in the PCAA, links to featured films and music by alums, and invitations to future Reunion Fests, please explore the Festival website: https://www.pcreunionfest.org/