30th Anniversary of UWC in Suzhou 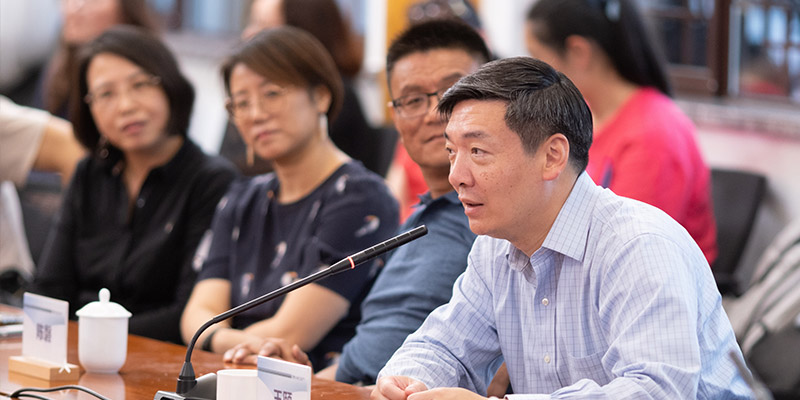 Pearson College UWC’s relationship with Suzhou, China was strengthened in 1991 by Victoria donors, Fleming and Aileen McConnell. The McConnells had a long-time interest in China and both had studied in China and speak Mandarin. They were passionate about Chinese history, philosophy and culture and over the years they made about a dozen visits to China. When the couple moved to Victoria and first visited the College, they were surprised to discover that China was not represented amongst the 200 students from 80 countries. They went to work immediately to establish a connection between the College and schools in Suzhou, Victoria’s Sister City in China.

Thanks to the McConnells, the first McConnell scholar was Lily Hua Fang (Yr 19/1994, China) and since then, students from Suzhou have continued to attend Pearson College each year. When Fleming passed away in 2008, the Drs. Fleming and Aileen McConnell Endowed Scholarship was established. We are grateful to the alumni and families who contribute to help grow this fund each year so that it will one day fully fund a student each year.

The 30th anniversary was celebrated on the campus of UWC Changshu China (UWC CSC) on May 15th, with over forty Pearson alumni and parents attended this special event.

Yi Wang (Yr 16/1991, China), co-founder and the Vice Chair of the Board of UWC CSC, was the gracious host and chair for the event. He shared his life-changing experience at Pearson and  explained how he brought that powerful education to the mainland of China. Yi was joined by Mark Wang, co-founder and Chair of the Board of UWC Changshu China, as well as UWC CSC Principal Mr. Pelham Lindfield Roberts, who is also the proud father of a Pearson alumnus and by Shirla Sum (Yr 29/2004, Hong Kong), Vice Principal of UWC CSC. 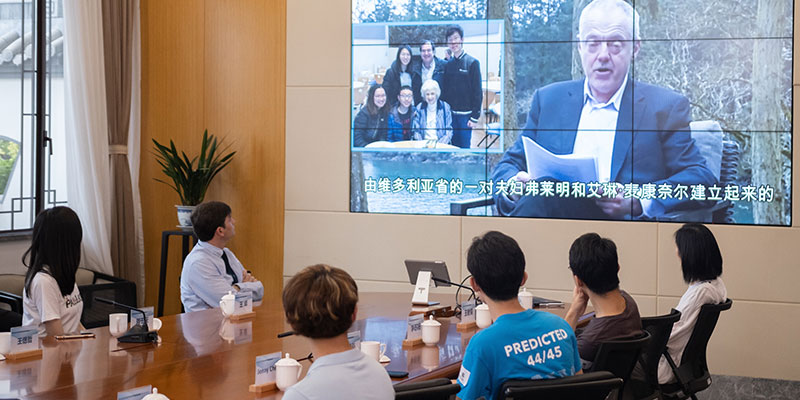 Participants were delighted to watch the video message from Pearson’s Head of College, Craig Davis and beautiful memories of the resident sea lions at Race Rocks and the One World concert reappeared in many graduates’ minds. Head Master of Suzhou High School, Wei Xin, attended the event as a special guest and expressed his gratitude to Pearson since many students from Suzhou High School had benefited hugely from UWC education.

“It was a truly delightful, recharging, and rewarding event to attend…. great to see what brought us together also stayed with us,” recalled alumna Yutian Zhou (Year 32/2007, China), Senior Manager of Admissions at UWC CSC. Alumnus Sean Roulet (Yr 14/1989, Switzerland) happened to be in Suzhou for work and was able to attend the event and reflected that, “The influence of a PC graduate is much more profound than highly visible accomplishments. We can’t all be the secretary-general of the United Nations. But we all can make a positive impact on this world.”

Members of the “Pearson in Suzhou” family were thrilled to meet and reconnect with friends and they expressed strong desire to deepen the relationship between Suzhou and Pearson College UWC and to support UWC Movement in China.

Thank you to everyone who contributed to the success of this celebration. We look forward to a time when we can travel and reconnect in person.

If you are interested in learning more about how you can help grow the Drs. Fleming and Aileen McConnell Endowed Scholarship, please contact Carly Milloy, Director of Advancement and External Relations.